A closer look at our favorite Wichitian

Share All sharing options for: Meet the Commenters: The6thJayhawk

We are joined here today with Wichita resident the6thJayhawk. Your hometown gets quite a beating on RCT. Try to sell us on why Wichita is a great place to live.

At this point, nothing I say is going to convince you numskulls how awesome (or at least how non-horrid) Wichita is. I'll be the first to admit it has problems. I know them best because I LIVE HERE! Like how you can't go to Old Towne on a weekend night without fear that some gun or knife violence might go down on the street. Or how South Wichita is basically one giant trailer park. The "Judgmental Map of Wichita" is basically right on-point. (See below) 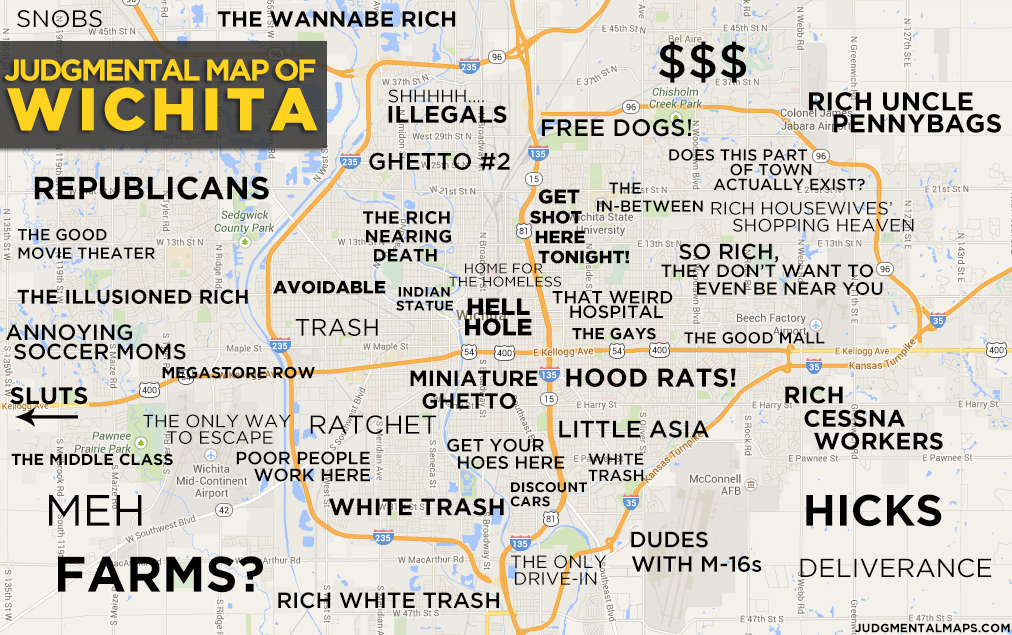