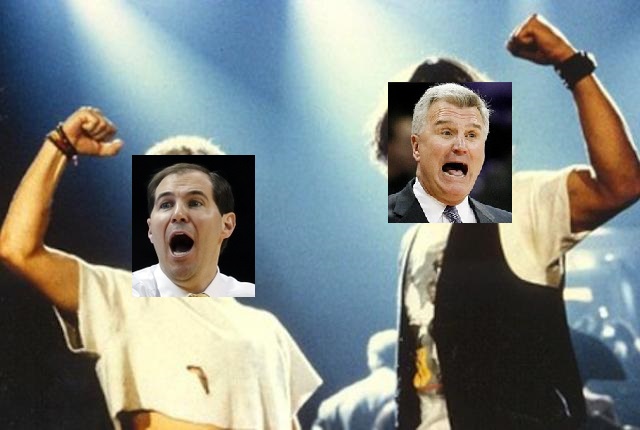 In case you missed it: K-State's Bruce Weber and Baylor's Scott Drew make for some hilariously photogenic coaches. So, because much of the Baylor Mock (and as you'll see in a few days) and most of the K-State mock will be related to these coaches' photos, I decided to expand on that, by creating the first installment of the Adventures of Bruce & Drew -- an original comedy series, featuring these two coaches' pictures. Yes, I realize that Bruce is Weber's first name and Drew is Scott Drew's last. I don't care. It sounded like the best combination. And isn't Bruce sort of the weird uncle you call Weird Uncle Bruce behind his back? And isn't Scott Drew the sort of guy you call Creepy Drew behind his back?

If not, live with it. 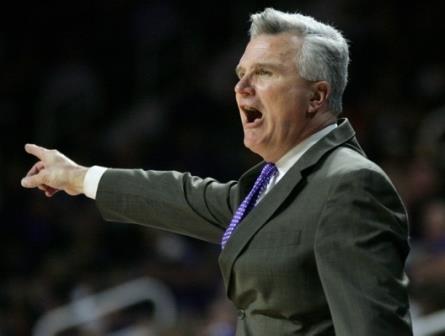 "SCAAAAAWT! Were you the one who left "Turn Down For What" playing on loop in the breakroom?" 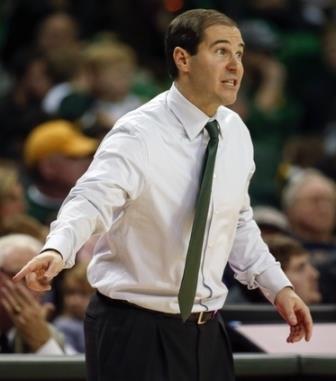 "So what if I was? Everyone knows you never refill the coffee pot when you were the last one to drink coffee. You don't pull your weight around here, Bruce. And everyone knows it." 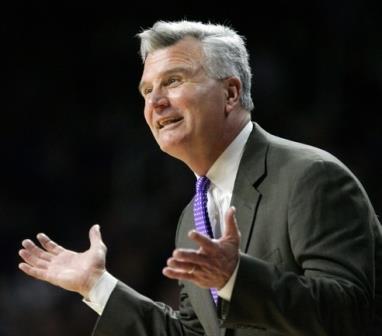 "Look, I just do whatever Flying Spaghetti Monster tells me to do. It's not my fault that the coffee pot always seems to run out after I fill my 72oz mug." 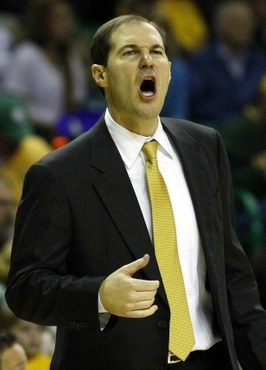 "I'm not just talking about the coffee, Bruce. And who needs a 72oz mug anyway?!?! I was talking about you not playing your part in Operation Julius Caesar. We were supposed to work together on this. Your team beating Oklahoma this weekend left Kansas with one fewer contender to deal with in the Big 12 race. You were supposed to lose that. DOES THE WORD 'SANDBAG' NOT MEAN ANYTHING TO YOU?!" 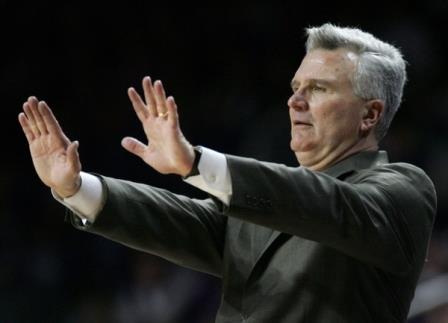 "Wooh, hold up, man. First of all, I need a 72oz coffee mug, because I have a quick metabolism, and caffeine only works on me if I ingest it quickly in large doses. I thought everyone knew that. Didn't you get the memo on my urinary tract repair procedure last week?

Second, I can't help it if Oklahoma can't even beat us once this season. I have to get my guys wins just to build their confidence before the Big 12 tourney. And, third, I'm sorry that my team turned out an overwhelming performance while yours turned out an underwhelming one this weekend. Wasn't Baylor supposed to be in the running for the crown this year? Now you guys are just as washed up as K-State is. You're only two places ahead of us now!" 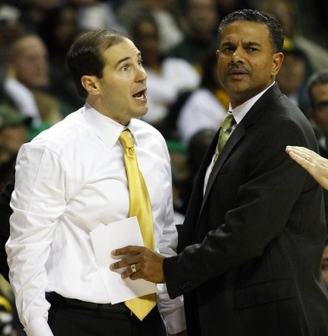 "Oh really?! You come over here and say that to my face you salt-and-pepper haired piece of [expletive]." 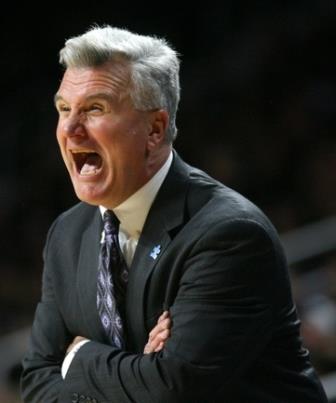 "Hey, your job at Baylor is as much on the line as mine is, you creepy baby-faced [expletive]." 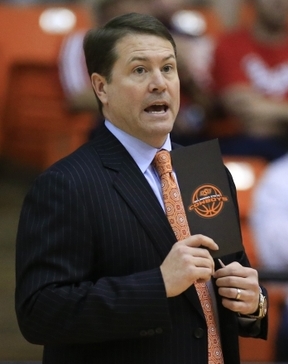 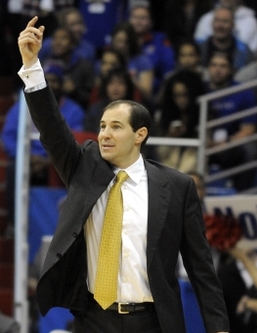 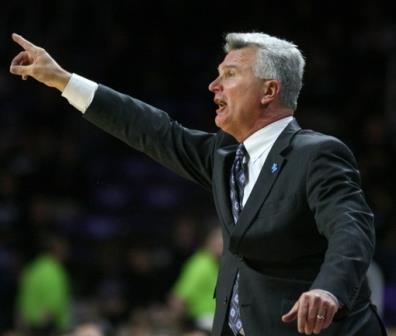 (Drew and Bruce simultaneously) "UP YOURS, TRAVIS! YOU CAN'T EVEN BEAT TCU!"

... silence.... followed by shared laughter between the two coaches. 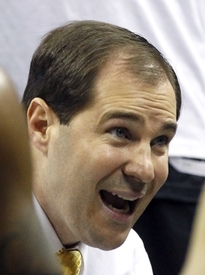 "Hey, Bruce, it's all good. Just as long as K-State beats Kansas and loses to Iowa State, Operation Julius Caesar might still be a success." 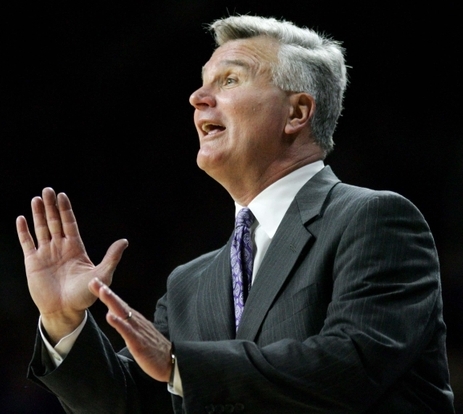 "I completely understand. We gotta sandbag the KU game and overpower the Cyclones." 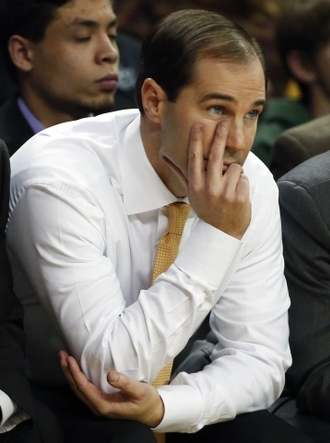 Oh, Lord above. I wonder if Hoiberg is in the office yet. Iowa State's our only chance now.

Do you want more adventures of Bruce & Drew?