I apologize for the gap between the last installment of NBAhawks and the present edition, but it was a rough week for all of us around the RCT offices *sobs* *takes deep breath*. So, anyway, we'll be recapping two weeks worth of NBA developments in this space. As always, if you've got any questions, comments, or observations the comments are the place to be! 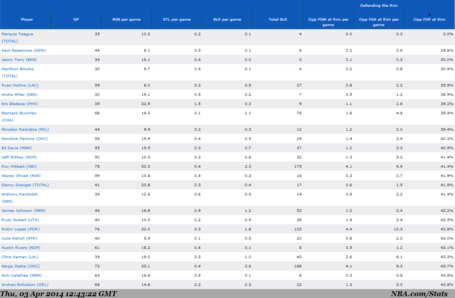 Not half bad for a second-round pick, eh? And as if his defensive value weren't enough, Withey has been contributing more on the offensive end, especially in the past week where he has received increased minutes, 13, 11, 28, and 30 and sported a ridiculous conversion rate from the field of 91%. That might be an indicator that he needs more shots or might be ideal mop-up execution, depending on your persuasion. In addition, Jeff has been getting to the line (3.3 FTA/gm) and converting at an 85% clip. With the Pelicans out of contention for anything but a lottery pick (which will likely be conveyed to Philadelphia) I can see New Orleans going with some lineups that feature both Withey and Budding Superstar Anthony Davis to see whether it's something they can count on next season when they hope to dodge the injuries that have plagued them this year.

Morrii keep on keepin' on:

Yes, this is the correct spelling. I don't want to hear it, you guys. Back to the task at hand, Markieff has continued his romp in the past couple of weeks, making 59% of his baskets, 67% from 3, and 81% from the line in 30 minutes per game. This has been, of course, in addition to his 7+ rebounds, 2+ assists, steal, and block per game... The Suns are 5-2 in that stretch despite giving away the game last night to the Clippers. Marcus has been important as well, though he has received fewer minutes, and been less efficient as he plays further from the basket (44% FG, 4 Reb, 1 Stl). Markieff is tied for the league lead in Win Shares among bench players with Chris Anderson of the Heat, who has a ridiculous FG% on the season owing to his dunks-only role, but I'd imagine Kieff would get the nod for 6MoY so long as the Suns can make the playoffs, they're in a dead-heat with Memphis and Dallas for the 7th and 8th seeds as it stands now.

Thanks to the Suns for making this thing: 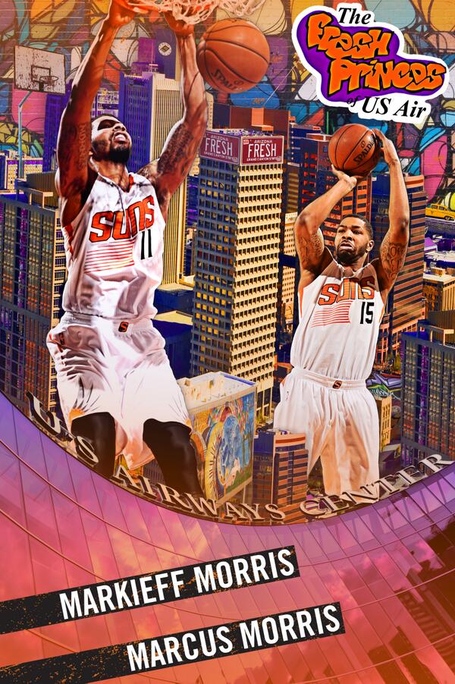 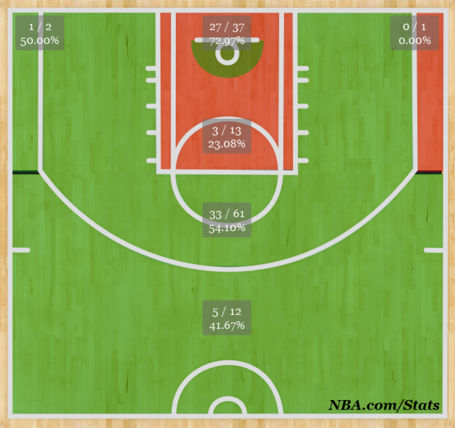 Small sample-size caveat blahblahblah. Now that we've got that out of the way just look at this beauty. I love the 'threes and dunks' game as much as the rest of you, but that midrange... 73% at the rim isn't bad either, nor is a cool 88% at the stripe. Drew's Win Shares/48 numbers since joining the Wizards would equate to a top-15 spot in the league, hovering somewhere between Dirk Nowitzki and Joakim Noah; what a pickup. 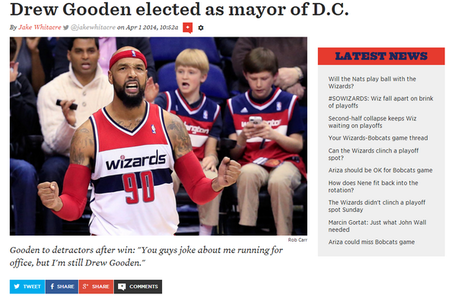 The B-Mac attac is bac:

Maybe a bit of hyperbole here, but there's no denying that in the past two weeks Ben has played some of his best ball since he's been in the league. In those 7 games he has averaged 36+ minutes, shot a respectable 43% from the floor, and hit 39% of his threes while converting 83% at the line for 13.4 points per game. It's easy to forget that Ben had a year of practice time to adjust to NCAA ball thanks to his HS shuffle and partial-qualifier status, and it's possible that his early-season struggles were an adjustment period that we just didn't see at KU. I'm a big believer in his talent, as I'm sure most of you are, and am interested to see what strides he'll make to close the season and into the next one.

As you can see below, Tyshawn has had some really interesting stat-lines since we last checked in on him, including a 22 point, 14 assist, 9 rebound, 5 steal effort two weeks back (yes, that's nearly a quadruple double once you factor turnovers)... As usual, Ty's game requires that he gets to the line to maintain any semblance of efficiency, especially when he's struggling with the 3-point shot as he has this season, and he's done that, though his conversion rate has fluctuated a bit more than one would expect. Ty's assist numbers have been really impressive of late, as they need to be if he's going to insist on turning the ball over at the rate he's accustomed to. He can do a lot to ameliorate his own TO shortcomings by being a consistent source of steals which seems to be something he's improving recently. 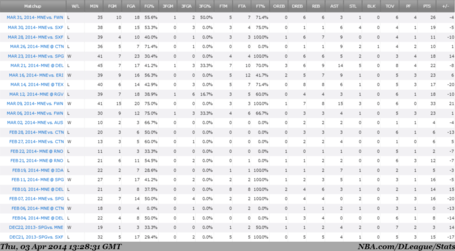 T-Rob back in the rotation:

Thomas has been doing exactly as he's been asked recently for the Blazers, he's converting 60% from the field, getting to the line a bit, rebounding well, and tossing in an assist and a steal per game for good measure while keeping the TOs under control. Is this what development looks like?!? He seems to have regained the first-big-off-the-bench role that he had been sharing with Meyers Leonard for some reason, of course that's likely only until Head Coach Terry Stotts wakes up on the South side of the bed again... Honestly, though, it seems as if Stotts is really making an effort to help Thomas improve, nearly every time he's subbed out of the game you can see Stotts pull him over to talk for a minute before letting him sit. It would've been nice to see that happening a year ago, but you play the hand you're dealt, I guess.