Some cool pictures put together by a KU student that have a House of Cards theme.

You guys watch House of Cards? You should, because it's awesome, and also you will have a greater appreciation for these cool pictures put together by KU student Jason Fried with quotes from the hit Netflix show. 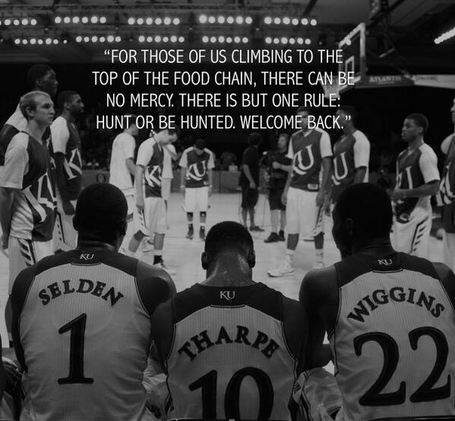 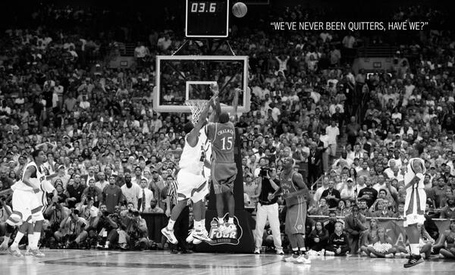 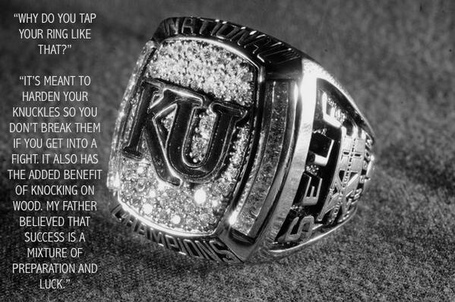 If I had a championship ring I would probably Frank Underwood every table like that. 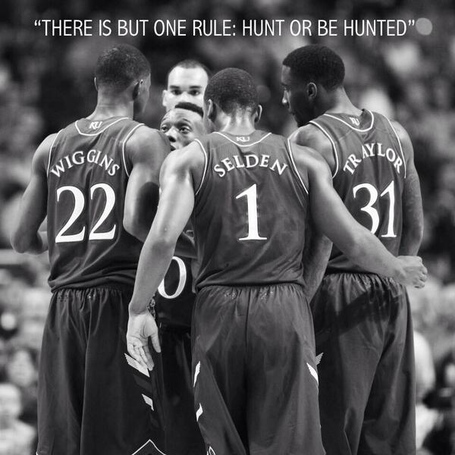 Another one from the great season 2 premiere monologue (seriously, watch the show). 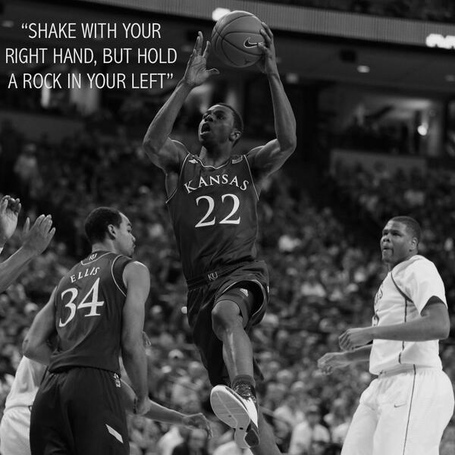 Just another fun little bit for you guys. My Eastern Kentucky scouting report will be up here tomorrow morning. It'll be very detailed in case you're curious to learn about that team, but I'll divide it up so it's easy to scan quickly.

EDIT: Oh and I shouldn't have to say this, but let's not put House of Cards spoilers in the comments, okay? I don't want to have to check back here to delete comments.