Kansas Volleyball Gets the Win Against Denver in the Phog

A night in the Phog for Kansas Volleyball

Share All sharing options for: Kansas Volleyball Gets the Win Against Denver in the Phog

The wife and I made the decision that we couldn't pass up free admission to watch the volleyball match between Kansas and Denver University, especially when it takes place in the Phog.  We arrived shortly after the match started, so we didn't get great seats because a reported 4,000 fans had the same thought!  That's pretty awesome considering there are some schools not too far away that are struggling to get fans to show up for their men's basketball games.

During the match it felt like Kansas struggled to get in a rhythm early.  The games were back and forth through the first two games and the teams were tied 1-1.  In the 3rd set/game (somebody help me with the terminology), Kansas settled in started showing some dominance and winning the last two games.  The front line was especially impressive, smothering the net and making it very difficult for Denver to have success with kills.  The athleticism of the women really impressed me, they were quick off the floor and quick in reacting to approaching volleyballs.  I have no doubt that I would have suffered at the minimum a broken nose in the first few minutes on the court and likely a few concussions as well.

If Kansas ends up hosting the first rounds of the NCAA tournament, I encourage you to go if you can.  Mikeville has been talking up the volleyball team and experience all season, he's on to something.  It was a lot of fun and a great experience as a fan.  Below are some pictures my wife took during the night. 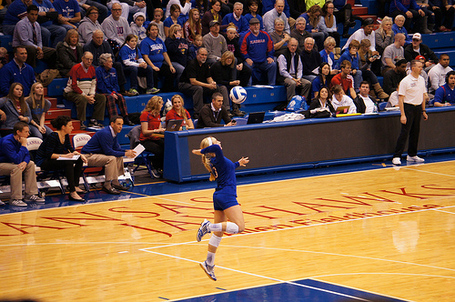 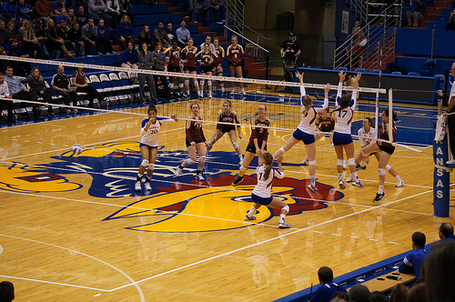 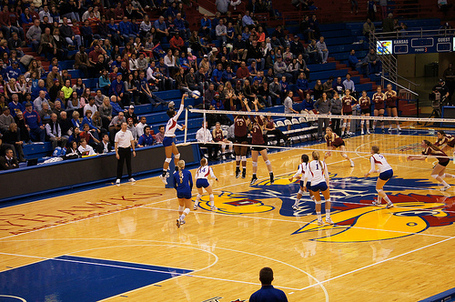 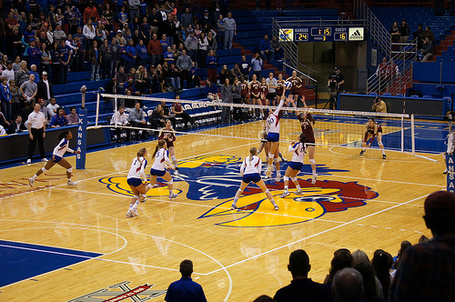 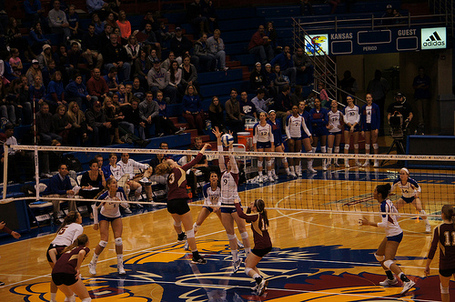 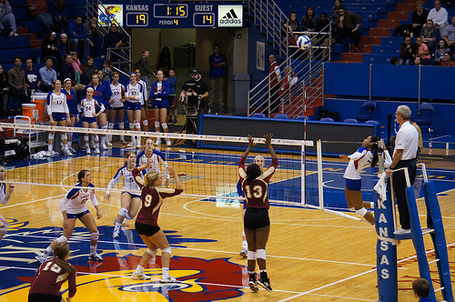 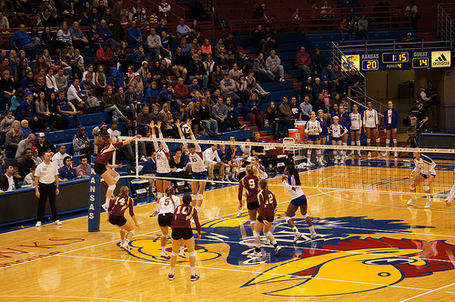 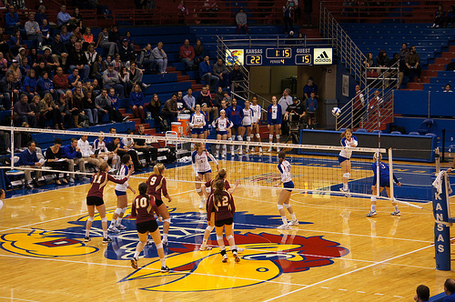 And after the win! 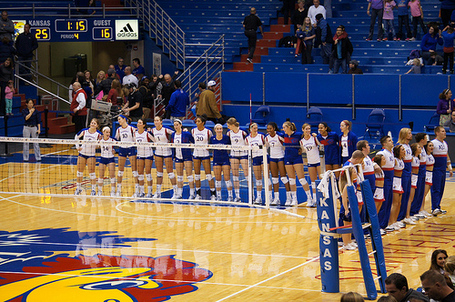 Of course, this has to be added as well. 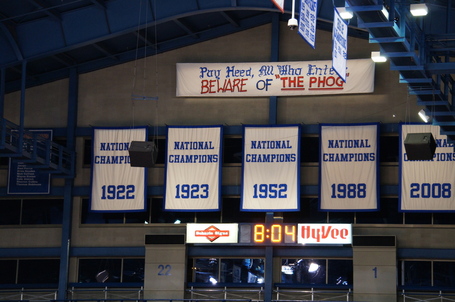