Wow wow wow. Obviously day three of in New Orleans was capped of by an thrilling come from behind win over the Ohio State Buckeyes. Travis Releford was huge, Thomas Robinson made several clutch plays and the team let it rest on their defense which has become the calling card during this tournament.

Saturday was all about basketball. New Orleans was buzzing with excitement for the two semifinal games with folks sporting their respective team colors all day long. I've said it before and I'll say it again, Kentucky has everyone beat by a mile when it comes to fan support but sitting in the Superdome it was a sea of crimson and blue which made it feel a little more like home if you were a Kansas fan.

I started out the day with a trip to Bracketown. If you're ever at a Final Four with kids, head here. After a shot walk through the madness it was over to Manning's for a CBS pregame party. The afternoon featured gator sliders, duck wings, fried catfish and Archie Manning himself working the crowd. I have to say that I'm doing my best to ensure that this spring's supply of Abita Strawberry Harvest runs out sooner than normal.

The short walk to the Superdome was steamy and the streets were packed with Kentucky and Louisville fans preparing for the game snagging all the hype. You know the rest of the story. An ugly first half left Kansas down nine and a second half comeback had the dome on the edge of their seats.

This is the matchup that this City wanted. Kansas and Kentucky have the most fans, they were the loudest fans and they're going to eat up the Big Easy for two more days.

After the game it was like a scene from a zombie movie with 73,000+ fans spilling out of the Superdome and walking down a blocked off Poydras Street toward Bourbon. The Rock Chalk Chant was loud and proud and I'm probably making silly assumptions, but I really think the Kentucky faithful would have rather played Ohio State on Monday and not another 'blue blood'.

Monday night Kansas has nothing to lose. Play loose, put it on the line and let Bill Self and his lucky tie make another run at a title in a 'rebuilding year'. Yes, a 'rebuilding year'. Again, big hat tip to Buick. I'm pretty sure they all had a chuckle at me bending over with my hands on my knees during the final minutes of this one. 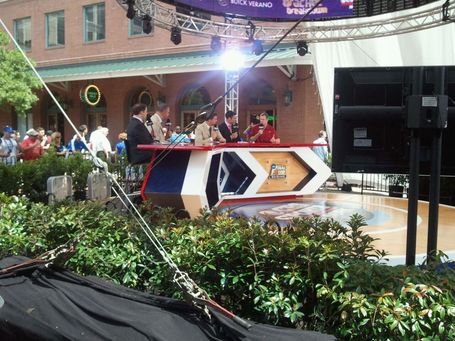 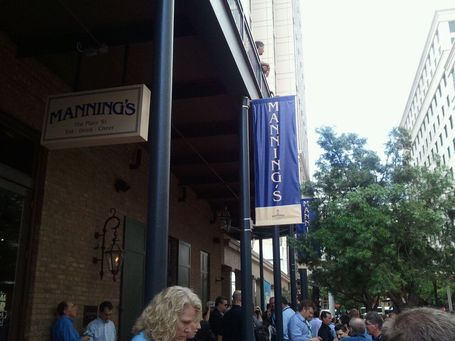 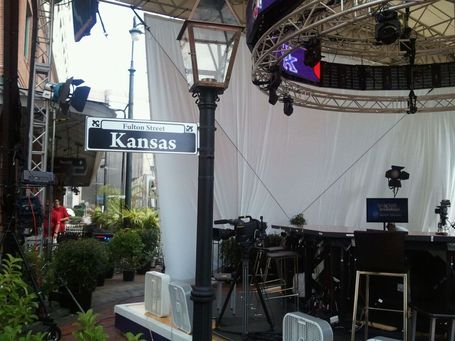 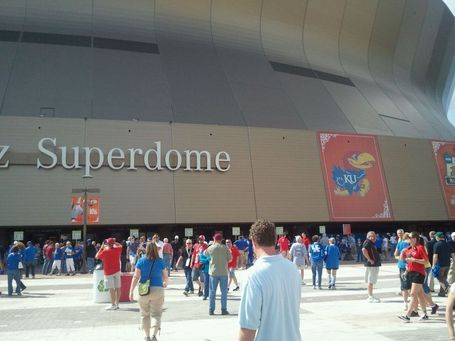 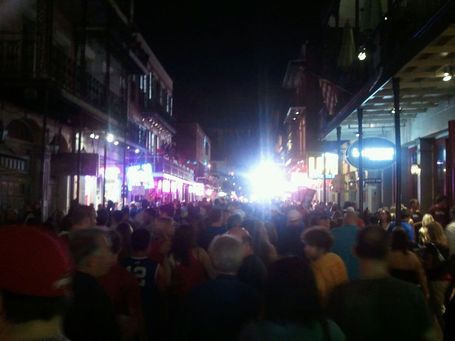 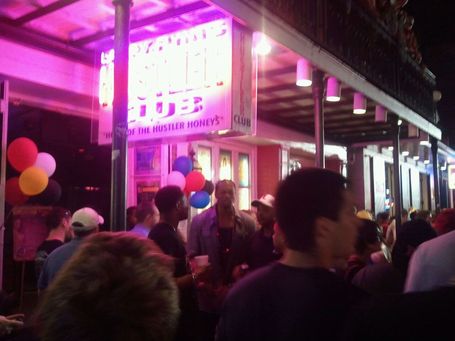 Gravy train before sneaking back inside this fine establishment 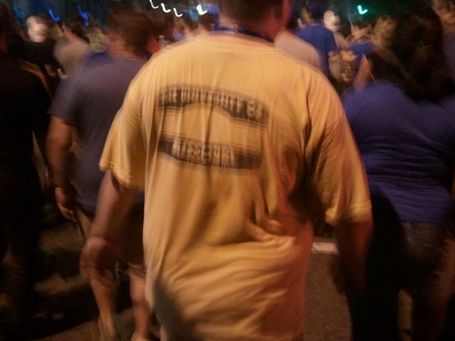 This guy made a wrong turn after Omaha