Share All sharing options for: 2012 NCAA Tournament Bracket: Breaking Down The South 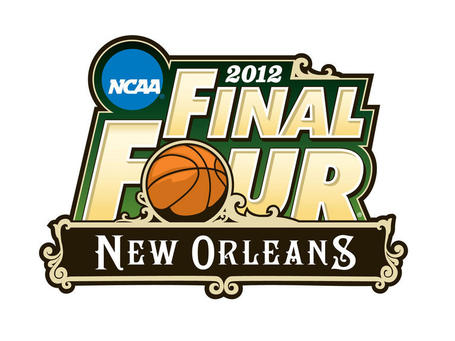 Kentucky is the most talented team in the country and the prohibitive favorite. But aside from Vanderbilt (who isn't all that good), they really haven't been tested since December. Given their youth, that could pose a problem, but if I were them, I'd feel great about my chances. Anything less than a championship will be a disappointment.

Player to Know: Austin Rivers (he made a shot this year that you may have heard about...)

Despite playing pretty porous defense, Duke ended up about where they alwyas do. But this time, they didn't get the favorable draw they're used to. I would venture that all of the 1s and 2s are relatively equal, except in the south, where it's not even close.

Baylor coach Scott Drew is, in a word, awful. But he does have talent and when that talent is locked in, they're pretty formidable. If they stick to man defense and crash the glass, they'll get their shot at Kentucky in the Elite 8. If they let UNLV punch them in the mouth, that'll be all she wrote.

And just like that, Tom Crean has the Hoosiers back in the national picture. They own three top 5 wins this year (UK, OSU and MSU), though all were within the friendly confines of Asembly Hall. Away from home, they weren't quite as successful (losses @ Nebraska and Iowa) and the injury to Verdell Jones isn't an easy pill to swallow. The Sweet 16 is probably their ceiling, if they can get by Wichita State.

Coming off a great year, the MVC champs were done no favors with their draw. VCU won't be easy and should they get past them, they'll have Indiana and Kentucky awaiting. But make no mistake, this team is a legitimate contender to make a run. They're experienced. They have size. They score it well, both inside and out. And despite what my eyes told me a couple times I watched them, the numbers say they play good defense too.

On the foundation of high profile transfers, UNLV has a frontline that can play with anyone. They knocked off UNC early and got run off the floor by Wichita State a few weeks later. After that, they setlled in comfortbaly, and aside from a forgettable performance against TCU, put together a nice run through a solid MWC. A 6 seed is about right, but if their guards play well, they're dangerous.

And by naming Cooley as their top guy, that should tell you about all you need to know. They're a fine team - though they're way over-seeded - and they won't beat themselves. But they are just miserable to watch. Despite what you'll hear, they don't play good defense, they just play exceptionally slow. There are too many fun games to waste any time watching Notre Dame.

The Cyclones are led by versatile point-forward Royce White. And if they're hitting threes, they're about as tough to match up with as anyone. Like UNLV, they're stocked with high profile transfers, and it took them a while to find their stride. But ever since they did, in about mid-January, they've been tough to handle. According the ESPN, UConn has a great shot to beat Kentucky. I'm not so sure they can beat Iowa State.

They had one notable non-conference win (Florida State). They went 8-10 in an average league. Their combined record of Jan/Feb was 5-11. I'm not sure how that translates into a 9 seed that can beat Kentucky. But regardless, they do have talent. Drummond is a lottery pick and Lamb may not be far behind. Napier can win them a game, or just as easily, shoot them right out of one. And on down the pine is DeAndre Daniels. Sometimes you really do wonder who is advising these kids.

Sans a nice tourney run, this season will likely be remembered for the crosstown brawl with Cincinnati. Ever since that game, which Xavier won handily, the Bearcats found their stride and became a scary 6 seed. Xavier went the other way. They could win, because they're playing ND, but they're probably a bit overseeded.

I'm very happy for Tad Boyle. But the little bit of the PAC 12 tournament I watched looked like average high school basketball. Just a hideous display.

Player to Know: Bradford Burgess (who I'm sure you all knew already...)

For the season, VCU is probably a better team than they were a year ago. Remember, that random three point shooting came out of nowhere. But here's to guessing that they don't put together similar run.

I wish I could tell you more, but I haven't seen the Aggies play. I'm guessing young Wendell is the key though, as the senior averages 19 points, 11 boards and 2 assists per game. They don't have any wins of note, but they play some decent teams tight and as a team, they shoot over 47%. Given Indiana's relative inability to guard, a hot night and an upset is in play here.

Wolters is the straw that stirs their drink, as the big guard averages a team-leading 21 ppg, to go along with 5 boards, 6 assists and almost 2 steals. As a team, the Jackrabbits shoot over 39% from three, so Scott Drew better stick with the man-to-man.

Player to Know: CJ McCollum (who you may remember from 2010)

He was a freshman then, so as you can imagine, he's only gotten better. Here are his per game splits: 22 points, 6.5 rebounds, 3.5 assists and 2.6 steals. That's on shooting of 46/82/36. Not too shabby. The Mountain Hawks have a few other bombers - Greiner and Hamilton - but it will take all three scorching them to stay within striking distance of the Dukies.

Neither of these teams do much of anything well. I'll of course be rooting for Western Kentucky, because it makes me laugh that they were 11-18 heading into their conference tournament. And because they have the best mascot in the country.

What To Watch: Marquis Teague. If Kentucky loses, it will probably be because of Teague.

Kentucky Will Win If: They show up.

What To Watch: How the Huskies guard Royce White. Neither Oriaki nor Drummond has the speed to handle him on the dribble.

ISU Will Win If: They're hitting threes.

UConn Will Win If: They work inside out and dominate the glass.

What To Watch: Can VCU speed up the Shocker?

WSU Will Win If: They execute on offense. They're the far superior team on both ends, and they should live in the paint.

VCU Will Win If: They can force turnovers and find their three point stroke from a year ago.

What To Watch: Indiana's perimeter defense. It hasn't been a strength all year and the Ags can shoot it a little bit.

Indiana Will Win If: They run their offense through Zeller and don't relax on the other end.

NMSU Will Win If: They bait Indiana into taking a lot of threes that they don't make.

What To Watch: The paint. UNLV lives there.

UNLV Will Win If: Their guards aren't terrible, because Moser and Stanback will be fine.

Colorado Will Win If: Ummm...

What To Watch: The Baylor defense. If theycome out in a zone, the Jackrabbits can shoot them out of it in a hurry. Don't rule this out, since Scott Drew is at the controls.

Baylor Will Win If: They actually use their size. Kentucky and Carolina may be the only teams with more pure talent, but the Bears rarely play up to their ability.

SDSU Will Win If: They turn this into a perimeter game.

What To Watch: Don't, this one isn't worth your time.

ND Will Win If: They score 60 points.

Xavier Will Win If: They score 60 points.

What To Watch: The Plumlees. Duke's success will hinge on whether or not they're hitting threes, but if the Plumlees are on the glass, it can make a big difference.

Duke Will Win If: They show up.

Most Likely to Pull an Upset: SDSU over Baylor. New Mexico State over Indiana.

Most Likely to Pull a Surprise Run: UNLV

Best Team No One Knows About: South Dakota State