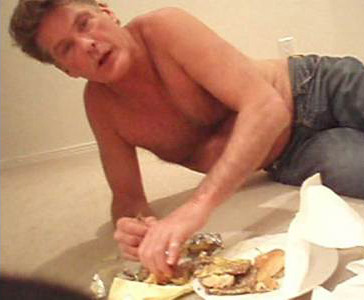 We've had breakfast, hit a few bars, snagged some beers, bloody mary's, taken in Kansas gameday and a tailgate. Now we move on to the postgame and we're going to need some late night eats. This is where it gets interesting because everyone's perception of a good late night eat is skewed significantly by their own ability and tolerance for all day partying. The HOFF knows and he definitely has his favorites.

Today we take nominations for BEST LATE NIGHT EATS and we're voting on top tailgate spot. One other request from the gallery today. We're just about wrapped up with this series as the calendar turns over to August next week and practice begins. Anything we're missing in our "Best of" series that we could still hit up in the next 4-5 days? Happy to add any late categories before we put a wrap on this and then we'll throw a summary out there just before the season kicks off.