Chuck Barkley A Loyal Client Of The Law Firm!

Share All sharing options for: Chuck Barkley A Loyal Client Of The Law Firm! 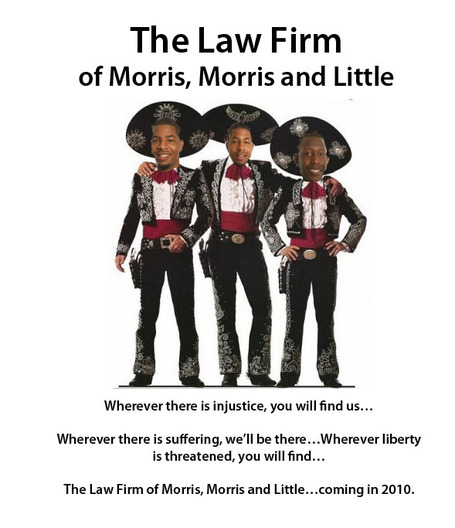 No your ears weren't deceiving you.  Chuck Barkley and Kenny Smith both called the Morris twins the Law Firm during last nights broadcast.  I've noticed a few newbies didn't necessarily make the connection to RCT and while I'm sure Chuck doesn't actually read Rock Chalk Talk or even know how to use the interweb, we do believe we coined the law firm phrase over a year ago during the 2009-2010 season.  Of course I imagine someone at the UDK will probably claim it.

Now we may have missed in terms of the significance that Mario Little would play, but I still like the sound of Morris, Morris and Little just a little better than Chuck's Morris and Morris firm.  Now Chuck can really give us a solid indication that he's a loyal follower of RCT if he cites the two headed monster of Tyrady Morningreed.