NCAA Tournament Round One Open Thread

Share All sharing options for: NCAA Tournament Round One Open Thread 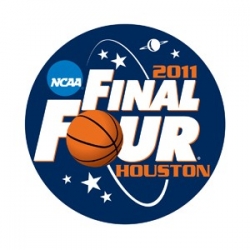 Tonight we kickoff the Road To The Final Four with our first of two nights of first round games featuring your traditional "play in" no. 16 seeds along with this years newer twist with a pair of no. 11's and no. 12's squaring off in the hopes of providing one more opportunity to a mediocre team (thank you Jim Boeheim).

Nonetheless it's still the official start of the tournament coverage and with that we'll begin our open thread coverage here at RCT.  What better do you have to do besides watch college basketball anyway?

Tonight's first game is a matchup between a pair of no. 16 seeds battling for the right to take on Pitt in the "2nd Round".  Now the beauty of this contest between the Big South champ and the SunBelt champ is that one team will be able to claim a big W in the NCAA tournament which never would have happened had the play in not been put in place.  The bad news is that following this Tuesday night and a brief moment to bask in that glory, the sleep deprived winner heads to the slaughter against Pitt.

The second game is ever so slightly more intriguing as two bubble teams face off with an opportunity to step into a second round contest against West Virginia.  UAB of course was the topic of much conversation on Sunday when they were included over Colorado, a team many viewed as more worthy.  One interesting footnote here is that Doug Gottlieb with ESPN has ACC's Clemson picked to win this one and a second round matchup over West Virginia in the East bracket.