Share All sharing options for: Breaking Down The NCAA Bracket: Southeast Regional 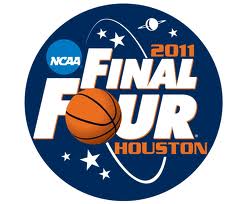 -Pitt has lost four times as a 4 seed or higher in the 2nd round.  Butler has the ability to add to that. 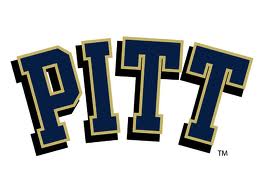 Pittsburgh enters the tournament as the Big East regular season champion.  They had their ups and downs through the year, ending the year on a little bit of slide going on only 3-3 in their last six games.  Some talking heads have questioned whether Pittsburgh has a strong enough offense to succeed in the tournament, according to Kenpom that's the least of their worries.  They're not a particularly deep team in terms of minute distribution but every player on the roster has an offensive rating above 100 on the year.

Florida is making their second consecutive NCAA tournament appearance with a very generous 2 seed.  They've lost to four teams that are ranked 100 or lower by Pomeroy's numbers, though those were all before February.  Since then, they've feasted on the incredibly weak SEC.  Maybe they'll surprise me but this is an amazingly underwhelming 2 seed.  I'm going to move on.  If you don't like that, I challenge anyone to convince me they deserve a 2 seed. 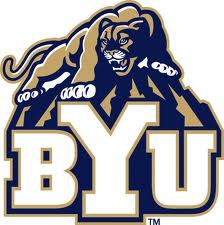 BYU brings a familiar story to most of us because of their two big storylines from the year.  First, Jimmer Fredette.  He's getting a little bit of the "Tebow Effect" because of the national press he has received this year.  He doesn't do anything that should bring on hate or ill feelings but I guess it's inevitable when your name is mentioned as much his.  The other storyline and probably the biggest heading into the tournament is the suspension of BYU's second option, Brandon Davies.  With Davies, Fredette was using an insane amount of possessions.  Since his suspensions, it's gotten crazier.  Jimmer is taking 47% of BYU's shots when he's on the floor.

Wisconsin's back in the Big Dance and ready to share Big 10 basketball with the world.  Wisconsin is a good example of how tempo-free numbers can provide valuable insight.  Same line I used last year for Wisconsin and until Bo Ryan moves on, it will fit them.  They have the slowest adjusted tempo of all Division 1 teams, averaging just over 57 possessions a game.  Jordan Taylor is probably their best player but Jon Leuer is very good as well.  Not a huge fan of their draw here though, Belmont is incredibly underseeded and K-State likely awaits in the next round.

Kansas State enters the NCAA tournament on what will be described as a hot streak with a small stumble against Colorado in the Big 12 tournament.  Jacob Pullen will do what he does but for them to succeed, I think McGruder and Kelly will have to carry their weight.  Potential second round match up with Wisconsin has the potential to be great basketball but they have to get past an underseeded Utah State first.

St. John's has a very interesting resume.  Losses to St. Bonaventure and Fordham in December along with wins against Duke, Notre Dame, UCONN, and Pittsburgh.  St. John's relies on 2 pointers and free throws to score points, scoring only 19% of their points on 3's (339th in the nation).  Defensively, they allow their opponents to shoot almost 37% on three pointers and their opponents take a lot of them.  If you like teams with senior experience in the tourney, the Red Storm are for you.  They've got 8 seniors on their roster and the top 6 in minutes played are all seniors. 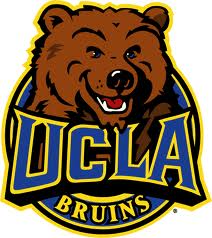 UCLA gets in as a 7 seed, a level they can play at when freshman Joshua Smith stays out of foul trouble.  The Bruins shoot the ball decently and get to the line at a pretty good clip.  However, they also turn the ball over quite a bit.  Defensively, they're tough in the paint and force the opponents to take tough shots.  How well they do will likely come down to whether their big men can stay on the court. 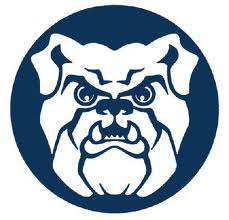 Butler returns to the tournament after their Cinderella-esque run to the Championship game last season, they lost their best player but still have the ability to cause some problems.  They've won their last nine games in a row, though not against stellar competition.  Leaders are Shelvin Mack and Matt Howard, both players used about 27% of the possessions while they're on the floor.  As a team, Butler's going to slow the game down and limit the opponents chances by taking care of the ball and cleaning up on the defensive glass.  Pittsburgh can't be excited about a possible second round match-up with the Bulldogs.

Old Dominion enters the tournament after finishing second in conference play but winning the Colonial tournament.  They play at a slower pace and don't take very many 3 point shots but they're efficient with their 2's.  Their game with Butler will be station to station basketball and a good one for those who prefer "strategy". 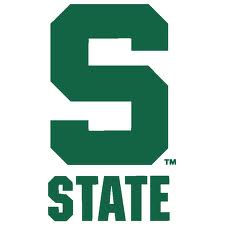 A preseason top 5 team that fell hard during the regular season that won just enough games to guarantee their place in the tournament over the last week.  Deserved or not, Tom Izzo has built a huge reputation as a man that can get his teams to play in March and he's got a good opportunity to build onto that legend.  According to KenPom, MSU is actually ranked 11 places higher than UCLA, the team they're paired against.

The Zags earned themselves a pretty good scare this year in terms of potentially missing the NCAA's altogether.  On February 5, they were 15-9 and had a relatively weak conference slate ahead of them.  Mark Few's squad held together though and closed out the season without another loss and winning the West Coast tournament.  Gonzaga's a good shooting team, ranked 8th in field goal percentage and 15th in free throw percentage on the year.

Key Defensive Stat: All of them.

The second team in the Southeast bracket that is seeded lower but ranked higher by KenPom.  The Aggies are a KenPom darling, ranking 17th.  They're a very good defensive team, ranking 6th in eFG%, 2nd in opponent off. rebound%, and 11th in both 2-pt and 3-pt defense.  If I'm a K-State fan, I'm not thrilled about seeing them in the first round.  The only thing they don't do well is force turnovers but the Wildcats have shown the tendency of doing that to themselves.

Belmont coming into the tournament as a 13 seed has a very strong case as the biggest underseed of the entire bracket.  KenPom has them at 19, Sagarin's "Predictor" has them at 27, and Team Rankings.com has them at 37.  They've only faced three teams in KenPom's top 100 though and were 0-3 in those games.  I don't know who should be more pissed, them or Wisconsin.

The Gauchos finished 3rd in the regular season of conference play but earned their tournament birth by beating regular season Long Beach State in the Big West Championship.  Besides having a very cool mascot, they have a Jimmer-light in Orlando Johnson.  He uses 32% of the possessions while he's on the floor and takes 34% of their shots.

What To Watch: Pittsburg's offense.  Slow and methodical, a homage to Big 10 hoops.

Play-in Will Win If: Not going to happen.

Pittsburgh Will Win If:  They show up.

What To Watch:  Can Butler keep Old Dominion off the glass?

Butler Will Win If:  They can limit ODU's second chance baskets and hit their 3 point shots.

Texas Will Win If:  They get second chances.  Butler's a very good defensive rebounding team but ODU makes its living on the glass.

What To Watch:  Unless you have a good reason, I'd skip this one.  Utah State is outstanding on defense and K-State's prone to offensive lulls.  This could turn into a very ugly game of basketball.

K-State Will Win If:  They pass the ball on the offensive end and get away with pushing Utah State around on the defensive end.

Utah State Will Win If:  They can coax the Wildcats into standing around on offense and taking contested shots after one or two passes.

What To Watch:  This is a very intriguing match-up.  Belmont plays up and down, averaging almost 70 possessions a game.  Wisconsin's about the exact opposite.  When Wisconsin speeds up, will Jordan Taylor light up Belmont?  Belmont can shoot the ball well enough to give a team that limits possessions all sorts of trouble, Bo Ryan can't be sleeping well tonight.

Belmont Will Win If:  They can get Wisconsin to turn the ball over.  Belmont's 2nd in the nation in defensive TO%, Wisconsin first in not turning it over.

Wisconsin Will Win If:  They continue to take care of the ball and get Belmont to throw up contested shots in hopes of speeding up the tempo.

What To Watch:  Can St. John's keep up their intensity without top rebounded D.J. Kennedy?

St. John's Will Win If:  They can get the Zags in foul trouble and take advantage of it at the line.

What To Watch:  Jimmer.  You might not get to see him after this game, so find the time to watch him in the first round.

Wofford Will Win If:  Jimmer has a terrible day shooting the ball.  It's a definite possibility.

BYU Will Win If:  Jimmer hits the shots he takes and the rest of the guys hit the open shots he gets for them.

What To Watch:  Rebounds.  UCLA's a solid rebounding team and cleaning up the glass has always been a hallmark of Izzo's teams.

UCLA Will Win If:  They keep Kalin Lucas in check and Joshua Smith out of foul trouble.

Michigan State Will Win If:  Lucas gets a few baskets early and they put a little pressure on UCLA.  The Bruins will turn the ball over and if they have to start forcing plays, they'll find themselves in foul trouble.

What To Watch:  Don't.  Boycott this game.

UCSB Will Win If:  Florida doesn't show up.

Florida Will Win If:  They run offense and use their talent advantage.  Enjoy it Gators, you're going down in the 2nd round.

Most Likely to Pull an Upset:  UCLA/Michigan State winner over Florida in the 2nd round.

Most Likely to Pull a Surprise Run:  St. John's.  I don't think they're that good but they really couldn't ask for a better set up.

Best Team No One Knows About:  Utah State.  Belmont should be the one here but they picked up some momentum last week as a trendy Cinderella.