What are you looking at Zebras!

Share All sharing options for: What are you looking at Zebras!

As the official Rock Chalk Talk referee apologist, here's my cover to show that I'm not always on their side. Watched the game this morning and didn't think the game was called poorly, though it did appear to be called fairly tight. There were two calls though that I definitely disagreed with, one on Wesley going for a rebound and a no-call on a USC inbounds play.

The "over the back" call against Wesley on this one is a huge pet peeve of mine. Almost as bad as a defensive block when the offense is initiating all the contact. It's not a foul to out jump a guy that has better position! 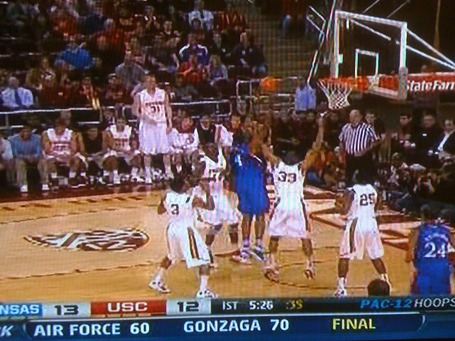 No call after the jump.

Here's the first one. A screener has to keep his stance, the "C" on this play should be staring right at the double screen on Tharpe. 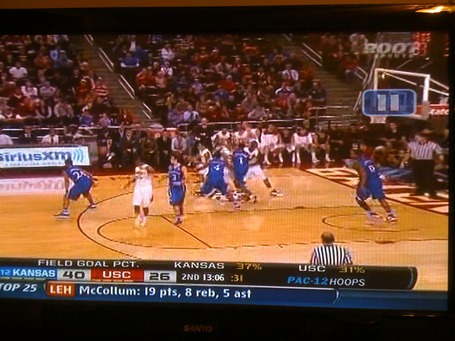 Questionable here but I have no problem with letting it go so far. 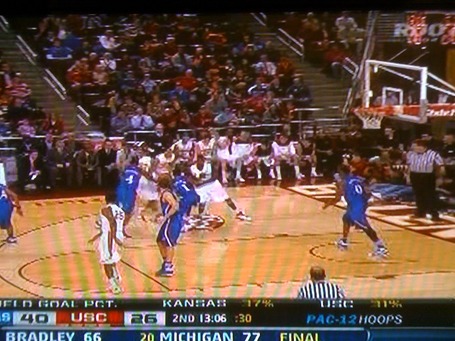 This I have a problem with, no idea how this wasn't called. They get and make a wide open 3.

Refs miss some calls and pass on some calls here and there, so in the big picture I'm definitely not down on the officials at all. Just two plays that caught my eye and wanted to show that I don't always side with the officials.