Share All sharing options for: Matchup Breakdown: Kansas vs. Oklahoma

Oh no.  Here we go again.  Up this week the number one team in the country.  The good news is that they are actually a slightly worse offensive team than last weeks Oklahoma State Cowboy opponent.  The bad news is that they are still a top ten offense and after they finish with this weekends game there is a chance they could gain some serious ground on the Cowboys.

Either way it's our Kansas Jayhawks and the Oklahoma Sooners on the docket this weekend.  The Sooners are a National Title hopeful and Kansas is in the middle of a rebuild or tear down depending on what side of the fence you choose to sit.  I will say that while it may not be pretty I encourage you to head out, enjoy a nice Fall night in Lawrence Kansas and at least give the team a little encouragement to keep the grind going.

Plus, this will be a solid opportunity to see how our offense does against a really good defense.  Why is that good you might ask?  Well who doesn't like a measuring stick?  Maybe they'll give us a little surprise. 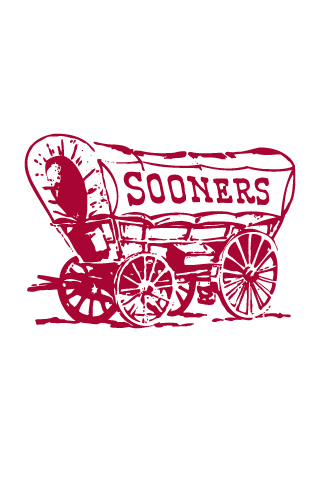 So far every week has gone the way of Kansas in this matchup but that streak is going to end.  Last week in Stillwater the Kansas offense wasn't great giving up the ball four different times in the first half.  And while it surely came at the expense of a second team defense the Jayhawks did total nearly 500 yards of offense and 28 points before it was all said and done.

Unfortunately this is the week where that advantage ends in a big way.  Oklahoma comes to down with a defense and the athletes to beat you with a brilliant defensive effort.  That's not something Kansas has faced at this point in the season and it will be by far the toughest test for Jordan Webb and the Kansas offense. All you have to do is watch Oklahoma play defense and they pass the eyeball test in every way imaginable.  They are big, fast, they hit you and they shut you down.

Overall Oklahoma has a top 15 defense against the pass, a slightly more mediocre group against the run but they don't give up much in the way of points and they will do two things that can wreak havoc on a young offensive backfield.  They change the line of scrimmage and the capitalize on mistakes forcing turnovers.  All in all it's a HUGE test for Jordan Webb, the Kansas offensive line, the Kansas backfield and Chuck Long.

The advantage has to go to Oklahoma in this one but if you're a Jayhawk fan it is an opportunity to get a measure on how much this offense has improved.  A year ago this is the type of team that Kansas would have been pressed to gain 100 yards against.  That shouldn't be the case on Saturday, one would hope. Again, advantage OU...opportunity for KU.

And BOOM goes the dynamite.  I hate to be overly negative, I know they are trying, but right now the Kansas defense is historically bad and that's just the reality.  You will be hard pressed to find a major defensive category where Kansas doesn't rank at or near the bottom of major college football and it seems to get worse every week.

The coaches don't seem to have the answer.  In fact the best idea coming out of the Kansas football offices seems to revolve around six or so plays of "live" contact to improve tackling.  That seems to fall well short of what is needed and the answers aren't coming quickly.

On the Oklahoma side you have Landry Jones and Ryan Broyles.  The two players are just as good as what the Cowboys threw out on the field a week ago in Weeden and Blackmon. Add in a fairly solid running attack led by Dominique Whaley and it's just not a pretty picture.  The Sooners are favored by 35 and let's just say that a whole LOT of that has to do with what's going on with this matchup.

Kansas is the TOP TEAM IN THE CONFERENCE when it comes to net punting.  Hang your hat on that one fellas because that's where it's at.  Net punting WINS championships.  In all seriousness this is an area where the Jayhawks have shown improvement over last year.  The staff went out and addressed some needs in recruiting that cause a nice upgrade in this area of the game.

And hey, the reality is that Okahoma isn't that great at this.  They are pretty good in the kicking game but overall they aren't terribly dangerous in the return game and it is entirely possible that Kansas could hold a slight edge in this category.  In fact, I'm going to give the Jayhawks the nod.

The biggest concern is how the overall talent differential will play into this matchup.  Perhaps we'll have the opportunity to check in on a few former Jayhawk recruits when looking at this area as well.

Big game Bob sometimes catches some flack for not winning the big one as often as Sooner fans would like.  Good news is that this isn't the big one and in all reality Bob Stoops and his staff are one of the best in the Nation.  They do it well from start to finish.  They recruit well, they create an environment with a tremendous amount of competition and the best players play. That means they have playmakers all over the field, they are well coached and generally speaking the gameplan plays to their strengths.  Can you tell I like Bob Stoops as a coach?

That is of course and easy thing to do when admiring from afar.  Hard to look at the success in Norman and not be a little extremely envious.  Right now with Turner Gill we have two things that he's shown us and that is the ability to recruit and the ability for that talent and probably some hard work by Chuck Long to improve the offense.  Other than that we're still not seeing a program that looks to have all the ducks in a row so to speak.  For that reason you can bet that Turner Gill and his staff are going to be viewed as a staff entering nearly every game from here on out at a disadvantage.  This one is no different.