James Sims Named As The Starter At Running Back

Share All sharing options for: James Sims Named As The Starter At Running Back 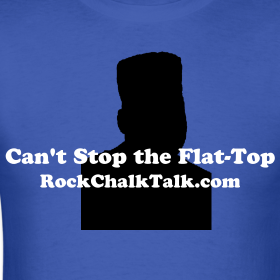 Freshman running back James Sims jumped onto the scene to the tune of a 100 yard running performance against Georgia Tech.  The performance was actually the first time a Kansas freshman has ever done so in their debut.

Today, Sims was rewarded.  The new Kansas depth chart is out and James Sims has been named the starter at running back.  Angus Quigley moves to number two and it would appear that Kansas has found two that they like.

The only other change to the depth chart is Ted McNutly being listed as the only h-back.  This was expected as it's already been reported by multiple outlets that AJ Steward will miss the game in Hattiesburg due to injury.