Share All sharing options for: Breaking Down the Brackets: South Regional Preview 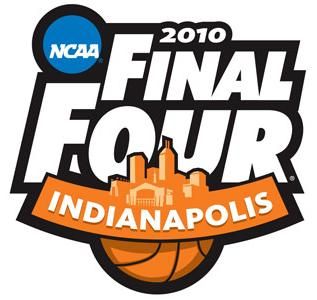 It's been a few years since the Blue Devils have made major waves in the NCAA tournament and Coach K and company have plenty to be optimistic about this year.  A favorable draw in the South to go along with an experienced team that plays very efficiently.  The Blue Devils have coasted somewhat under the radar but when you look at the numbers it's not that big of a surprise to see them as third rated #1.  If John Scheyer and Kyle Singler can continue to lead the charge while Brian Zoubek remains a factor underneath, a trip to Indy could very well be in store for the Blue Devils.

How many times have we seen it?  A team with senior leadership at the guard position often makes a deep run in the NCAA tournament.  Villanova boasts two seniors in Scottie Reynolds and Reggie Redding to go along with Cory Fischer in what some consider the best backcourt in the country.  Unfortunately the same cannot be said for the interior where a lack of depth and experience could play a major factor in whether the Wildcats tournament hopes.

Baylor has a legit playmaker in LaceDarius Dunn and an impact man on the interior in Ekpe Udoh.  The Bears can play fast but they are also capable of playing a halfcourt game with the bodies inside to do it.  Baylor is a very solid #3 seed in any bracket and with the way they played in the Big 12 regular season and tournament the have a lot of confidence headed into the tourney.  The one problem factor is that depth can be an issue for the Bears as they tend to only go about seven deep.  If foul trouble or fatigue become a factor it can hurt Baylor.

Unfortunately Purdue will be without Robbie Hummel who has proved to me more valuable than anyone could have imagined.  At one time in contention for a top seed the Boilermakers have struggled since the loss.  Guard play will be critical, but most importantly the Boilermakers will need to hang their hat on defense more than ever to make waves in the tourney.

Mark Turgeon has the Aggies playing top 25 basketball once again in College Station.  Donald Sloan could have easily been in the discussion for Big 12 player of the year but flies largely under the radar.  A front line with and experience Byron Davis and an athletic big man in David Loubeau can be tough to handle.  They're battle tested and enter the tournament with a chance to do some damage.  Still they'll need a healthy Dash Harris and a focus on avoiding turnovers to pull a big upset somewhere along the way.

Notre Dame is a very efficient offensive team that takes excellent care of the basketball.  By the same token they don't force many turnovers or pack a punch defensively.  Buckle down on defense, spread the wealth and they can be a dangerous team.  Put it all on Harangody and make life easy on the defensive end for the opposition and they're likely to fall early.

An extremely dangerous and experienced backcourt is all you need to know about Richmond.  The run a fast paced version of the "Princeton offense" and could be a good pick to make a surprise run at a Sweet 16 or even Elite 8 in a region considered soft at the 2 and 3.

Cal won a weak weak weak Pac 10 conference but challenge themselves in the non conference with games against Kansas, Ohio State, Syracuse and New Mexico.  They've been in games with big time opponents and if they shoot well from the perimeter they have a chance to make a little noise.

Up and down we go.  Louisville lacks consistency in a big way and that starts with players and ends with the win loss column.  This is a team good enough to sweep Syracuse but also lose to Charlotte.  They have the talent on paper but how far they go will depend on whether or not Rick Pitino can find the magic formula to create a team overnight.

St. Mary's is young with 4 freshman in their 8 man rotation.   Still the Gaels put together a balanced and efficient offensive attack that leads to good looks and a high percentage from the field.  Omar Samhan is a WCC player of the year type guy and at 6'11" he provides and inside punch to counter the better than expected guard play on the perimeter.

It's all about defense for Old Dominion.  They are stingy, physical and frustrating to contend with.  While they aren't a great team offensively they do make up for it with a relentless attack on the offensive boards and size on the interior to score underneath.

Utah State is an upset waiting to happen.  They are a great shooting team from the perimeter and they get to the free throw line and convert.  Where they struggle however is against athletic teams.   If they can't keep up with the athleticism on the other bench they struggle to defend and they struggle to rebound.  From there, things can get tricky for the Aggies.

Veteran team, solid coaching and a Cinderella in the past.  Siena will hurt you on the interior and have an effective point guard in Ronald Moore to distribute the ball.  They are scrappy defensively and the get to the line extremely well, while rarely sending their opponent to the charity stripe.  This is a sweet 16 special waiting to happen.

Sam Houston is a solid shooting team that doesn't turn the ball over.  At the same time they aren't remotely close to good on the defensive end primarily because they lack any size on the interior.  Without a post presence the Bearkats just don't look to have what it takes to pull of a big upset.

Three seniors and two freshman for the Colonials and a nice season with a Northeast Conference Championship.  Still it's pretty clear they don't have the horses on the offensive or defensive end to win at this level.  Robert Morris turns it over, doesn't shoot well and has a knack for fouling.  The recipe just isn't there for a major shakeup in the 15-2 matchup.

What To Watch: How do Jon Scheyer and company respond to getting a little bit of respect around the country.

Duke Will Win If: They show up, put their shoes on the correct feet and play basketball.

Ark-PB/Winthrop Will Win If: Quin Snyder suits up for Duke.

Player to Watch: Brian Zoubek - he'll be key if Duke is going to make a run at the title.

What To Watch:  How does Cal shoot from the perimeter and which Louisville team shows up.  Both of these teams could give Duke a run in round two but they'll have to play well consistently, something neither has done to date.

Cal Will Win If: They shoot well from the perimeter plain and simple.

Lousiville Will Win If: Samardo Samuels plays well on the interior and the Louisville guards lockdown Cal on the perimeter.

Player to Watch: Samardo Samuels - Has a chance to be a difference maker on the court every game.

What To Watch:  It's the battle of the AGGIES!!! Does Dash Harris return at full strength and how does Utah State handle the athleticism of the Aggies and specifically Donald Sloan.

A&M Will Win If: The force Utah State into difficult shots defensively and Donald Sloan get's into the lane.

Utah State Will Win If: They shoot well, when these guys are on...it's big time.

What To Watch: Siena has been here before and pulled the upset.  Does Purdue get going offensively early or do they struggle with the Saints stingy defense.

Purdue Will Win If: They play great defense and deliberate offense.  Without Hummel they don't have the firepower they used to but if they can become efficient and make every possession count they can win.

Siena Will Win If: Pesky defense and attack the basket.  Siena could be in pretty good shape with this one.

What To Watch: Can Old Dominion knock off another Big East team? They beat Georgetown early in the season.

Notre Dame Will Win If: Defense and a balanced attack.  Losing Harangody for a stretch might have really helped this team if they continue to play the way they did in his absence.

What To Watch: Can SHSU contend with Baylor's size on the interior.

Baylor Will Win If: Ekpe Udoh and Josh Lomers control the inside game.

SHSU Will Win If: They minimize mistakes and their guards handle the Baylor athleticism.

What To Watch:  Does Saint Mary's get good shots and are they converting.

St. Mary's Will Win If: They figure out a tricky Richmond offense early and stay focused on that for 40 minutes.

What To Watch: How do the Villanova bigs handle a much more experienced group.

Villanova Will Win If: Their guards lead the charge.  Plain and simple Nova relies on guard play and will go as far as those three starters can take them.

Robert Morris Will Win If: Create problems for Nova defensively and somehow find a way to get the interior offense going.

Most Likely to Pull an Upset: Siena

Most Likely to Pull a Surprise Run: Richmond

Underseeded: A&M - not a huge deal but they're better than Purdue now

Best Team No One Knows About: Old Dominion

Worst Team Everyone Knows About: Purdue