Here at RCT we refuse to be upstaged by some KU School of Law article about one of our own.  One of our own who happens to have a headshot, a singing career and one who will sing the national anthem prior to the Kansas Jayhawks tipping off their game with the Iowa State Cyclones.  That said, here's the article as I see it and as everyone else here at RCT undoubtedly sees this monumental achievement.  I present to you the RCT adaption of Bensa.

Much appreciation to KUGrad for his continued help in the photoshop department along with Warden and TKELuke who really took this headshot to another level and what would eventually become an entire spoof article. 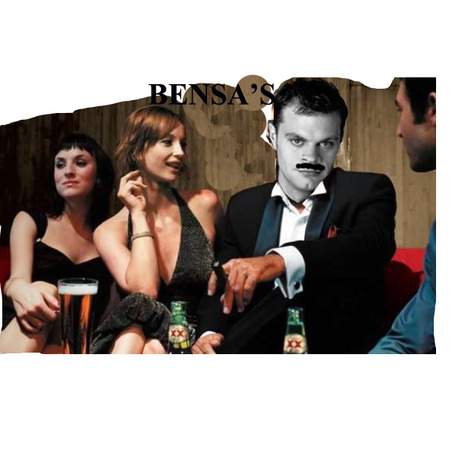 As a professional vocalist, Benjamin Winters has performed several hundred thousand times before live audiences.  He's performed at the Super Bowl, The Grand Ole Opry, The Grammy's 57 times(there's only been 52 Grammy Awards shows) and even once helped the Beatles get their career going by allowing them to open for him.

Benjamin Winters was the American Idol before Simon Cowell had even laid eyes on Paula Abdul.  Benjamin Winters was the actual inspiration for Michael Jackson's Thriller Album and the reason that Elvis Presley faked his own death to avoid the competition.  Still nothing compares to the accomplishment and the crowd that will listen in silence as he sings the the Star Spangled Banner Saturday night at Allen Fieldhouse.

Winters, a first-year law student and bass-baritone, will sing the national anthem just before the University of Kansas men's basketball team tips off against Iowa State. If the contest draws a full house - and it surely will - more than 16,000 spectators will hear Winters' solo rendition in the Phog.

"I talked to Coach Self already and let him know that everything will be ok.  He was concerned I would overshadow the teams performance, I promised him that would definitely be the case so he should move on," he said.

Normally this honor is bestowed on a student through a contest in which both the KU choral director and the athletics band director screen potential singers and choose the ones who will perform at games.  In Winters case however, Lew Perkins, Bill Self, Turner Gill and even Danny Manning begged for his participation and performance.  When he initially turned down the offer, the University of Kansas enlisted Oprah and Barack Obama who were able to salvage the performance and get back in the good graces of the American sports fan after failing to land the Olympics.

Since starting law school in May, Winters has maintained his vocal chops through continued performances with Kansas City-based Octarium, an eight-member choral group he helped found in 2003.  Winters also drinks a mixture of concentrated lemon juice and an unknown substance he discovered at the summit of Mount Everest to stay in peak singing condition.  It is said he also discovered the fountain of youth on this same adventure but has preserved that secret to this day. 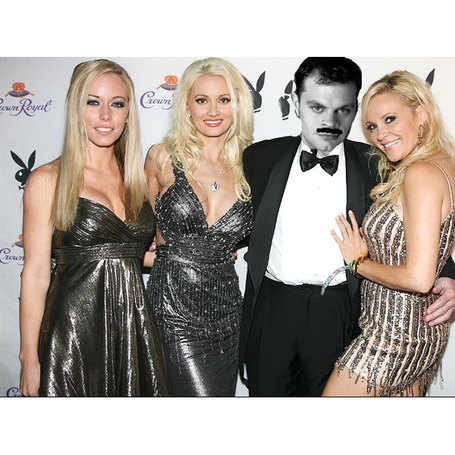 Winters already juggles an exorbitant amount of time on his favorite blog Rock Chalk Talk, an arduous first-year law school schedule and family life; he and his wife, Ashley, have a 2-year-old son, Cooper. Adding rehearsals and performances to the mix makes for a difficult balancing act for an average person.  Winters however find this to be a relative breeze.  He also throws in the occasional MMA fight, solo sailing expeditions through the arctic where he breaks through the icebergs by hand and time travel to right the simple wrongs of the world like a stolen purse or vandalized home.

"Luckily, my Octarium schedule tends to be very concentrated at specific times," he said. "It's the kind of thing that I can, in a sense, put on the back burner until the couple of days before a performance.  Which is good because I never know when I will be needed to make peace in the middle east."

A native of Owatonna, Minn., Winters has performed roles with the Kansas City Lyric Opera and KU Opera, and has sung solo for the Lawrence Chamber Orchestra, the Trinity Consort and the St. Charles Art & Music Festival's Opera Institute. He sang the national anthem at a Chicago Bears game with a large men's chorus during his undergraduate days at the Wheaton Conservatory of Music.  The Bears were so impressed they actually let him play quarterback for one season under the alias of Rex Grossman.

"That was a huge crowd," he recalled, "but I don't think anything compares to singing solo at the opening ceremonies of the Beijing Olympics."

Although Winters doesn't have much time to attend basketball games these days, he remains a loyal fan of the Jayhawks and couldn't be more excited to kick off Saturday's game in song.

"I watch every game on TV. I even live-blog most games on a ROCK CHALK TALK," he said. "Ashley and I sing the Rock Chalk Chant to our son every night before bed time. Cooper loves to sing along and provides the big drum beat before the quick section at the end. It's pretty great."  Winters would add, "I'm also happy to report that Coach Self and I have settled on a solid eight man rotation for the remainder of the season"

When it's all said and done Benjamin Winters will be remembered as a great man.  A man who once solved the meaning of life.  A man who invented origami, needle nose pliers and frosted flakes.  A man who resurrected the career of David Hasselhof and a man who does more for charitable organizations and orphans than Angelina Jolie, Brad Pitt and Madonna combined.  Most importantly though, Benjamin Winters will be remembered as the RCT reader/commenter/blogger who stood center court at Allen Fieldhouse and belted out the National Anthem for all to enjoy.  Here's to you Bensa...should we ever meet, the beer's on me, well at least one. 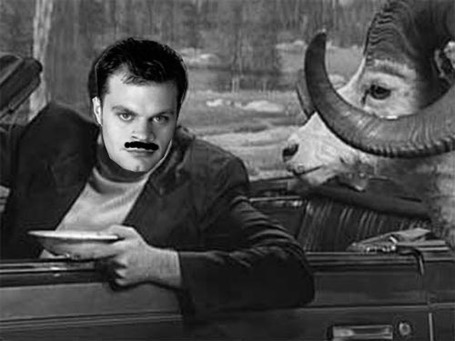