Share All sharing options for: Chasing the No. 1 of No. 1's

Perhaps it is a bit early to be worrying about things such as which number one seed in the NCAA tournament Kansas will occupy, (or if they will even be a one seed at all) but it is definitely something to keep and eye on down the road for a couple reason: 1. Regional location, and 2. Potentially playing a team in the first round that played just three days prior.  While the second one might not mean a great deal, the first one is definitely something that matters.

As it appears, there are four teams that have somewhat distanced themselves a bit from the rest of the pack nationally.  Not to the point of calling them locks for the four number one seeds, but at this moment, they would probably unanimously be the four heading their respective bracket.  Kansas, Syracuse, Kentucky and VIllanova have been the top four teams in the AP Poll for the last three weeks, in varying orders.  They have all been in the top five for the last five weeks.

If the tournament field were picked today, those would likely be the four number one seeds.  But, obviously there are still another four and a half weeks until Selection Sunday - March 14 this year.  A handful of other teams could be vying for the final one or two number one spots.  Purdue, Georgetown and Duke could all make cases for a one seed if they maintain their spots in the top eight of the rankings, finish out conference play with one or less additional losses and make a lengthy run or win their respective conference tournament.

A Kentucky slip up down the stretch or in the SEC tournament could possibly mean a Kansas one seed, along with three Big East teams, granted that Georgetown were to face either Syracuse or Villanova in the Big East tournament.  Or, everybody knows the love that the ACC gets, so if Duke finishes ACC play at 13-3 and wins the ACC tournament, they would likely grab one themselves.  And, it's not as if the Big 10 doesn't get a plethera of unfounded love from the media either.  If Purdue can go to Columbus, beat Ohio State and beat Michigan State again at home, coupl that with a Big 10 tournament final appearance, they could even jump up and grab a one seed.

This is, however, a Kansas blog, so we aren't necessarily worried about the chances of those teams earning a number one seed.  We are after the number one of number ones.

What that says to me is that if the tournament field were drawn up today, Kansas would be the number one overall seed - what, with their body of work thus far and current ratings among indices across the board.  Syracuse would likely drawn the second one seed.  From the various indices, it looks as if Duke would be in the argument for the second seed over Syracuse, but with the ratings indices, they take style of play, efficiency and statistical numbers into factor more so than just record and body of work.  So, while I'm not totally sure what the tournament committee would make of them, I would venture to guess that it would be more about body of work than strictly the ratings indices.

What would being the number one overall seed mean?

For starters, the chance to play against either the supposed last or second to last rated team in the tournament.  That's not a huge deal, though, because we've all seen that anything can happen in the first round in March.  That said, a sixteen seed has never beaten a one seed, thus a play-in team has never won a first round game.  Based on the laws of progression, it can't be hypothesized that a normal sixteen seed will beat a one seed before a play-in team will.  Now, that's not really true; it's just something I'm telling myself to feel better about avoiding a possible first round exit.

Also, the chance to be placed in the St. Louis region.  That is the big one.  Things are a bit different this year, though.  With a regional being played in Syracuse this year, Syracuse can't be drawn into that regional bracket.  Presently, most national bracketology experts have Syracuse as the number one overall seed in projections, placing them in the South regional in Houston.  Why they would be placed in Houston instead of St. Louis, because of proximity to New York, doesn't make sense to me.  Maybe instead of punishing a second team for a regional being played in a team's home arena, they continue to pencil Kansas in for St. Louis because if Syracuse is going to be uprooted from the East regional, why punish Kansas, too.  That's the only thing I can think of.  For what it's worth, Villanova and Kentucky are in either the West (Salt Lake City) or East regions, respectively, depending on the site you choose to read.

Now, let's take a look at the résumés of each of the top four teams with realistic chance at the overall number one seed. 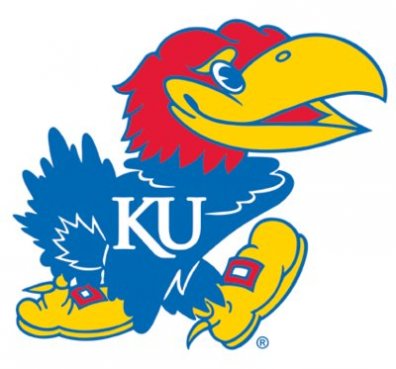 What They Want: The number one overall seed would be the primo position, but the Midwest (St. Louis) number one seed is all they really should worry about.  St. Louis is only four and half hours from Lawrence, compared to twelve and a half to Houston.  Jayhawk fans travel well regardless of location, but a St. Louis Sweet Sixteen and Elite Eight would likely be a 70 percent pro-Kansas crowd.  They are a virtual lock to play their opening weekend in Oklahoma City.

Current Case: The Jayhawks are number one in all four of the major ratings indices, are the number one team in both major polls, are undefeated in conference play and are virtual locks to win the Big 12 regular season title.

Work Yet to Be Done: Winning the regular season BIg 12 title with one or zero losses, winning the Big 12 tournament.  If they lose in the semifinals or finals of the Big 12 tournament, that could still be enough to get the regional of their favoring, but likely not the number one overall seed, depending on their seeding competition.  More so than anyone else, they control their own destiny.

What They Want: As stated above, Syracuse kind of gets the shaft, due to a regional being hosted in their home arena.  St. Louis would be the next closest site, but as stated above, as well, Kansas keeps getting put there in projections.  If they don't get the one seed in the South regional, they would almost be better off dropping to a two in the Midwest, so they could stay close(r) to home and only have to go to St. Louis.  They are basically a lock to play their opening weekend in Buffalo.

Work Yet to Be Done: Games home and away to Louisvile, at Georgetown and home to Villanova highlight the remaining six on the schedule.  Take three of those four and make the final of the Big East tournament and depending on Kansas, the one seed could be theirs.  The more I think about it, I think they are better off falling to a two seed and going to St. Louis with the Jayhawks.  Tank it now and get it right come tournament time, Boeheim. 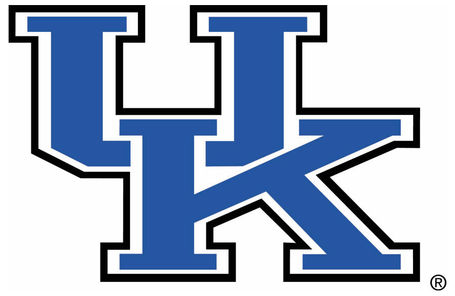 What They Want: Ideally, Kentucky would like to be a higher number one seed than Kansas, because they would prefer to be in St. Louis than go to Syracuse or Houston.  All the more reason to root against Kentucky, right?  It is only a five and a half hour drive from Lexington to St. Louis, compared to ten and half and sixteen and a half to Syracuse and Houston, respectively.  If they aren't going to be seeded higher than Kansas, they, too might be better off being the two seed in the Midwest.  I know you're salivating, too.

Current Case: First in Southeastern Conference, only one loss which came in conference play, third in AP Poll and second in Coach's Poll.

Work Yet to Be Done: Games against Tennesse both home and away, a trip to Vanderbilt and home to their lone defeater of the season South Carolina are the remaining big four.  Based on conference strength, Kentucky will likely need to win the SEC tournament to overtake Kansas, assuming against a Kansas collapse. 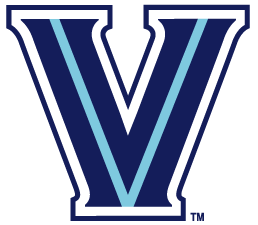 What They Want: One seed.  East region.  Of the teams vying for top seeds, Villanova has the best situation, thanks to the Orange not being able to compete for a spot in the East region.  Basically, it goes "get a one seed, play four hours away in Syracuse."  Worse scenario for Villanova?  Kentucky gets the second one seed, goes East and the Wildcats are sent to Houston.  Worst case scenario?  Syracuse beats them in the Big East finals, they both get ones, Kentucky goes East and Villanova heads to the mountains out West.

Current Case: Second in the Big East conference, fourth in the AP Poll, fifth in the Coach's Poll, third in the RPI.

Work Yet to Be Done: Games at Pittsburgh and Syracuse, with a home game to West Virginia to end the season are the stiffest competition remaining.  Being the only team mentioned so far with two losses, they will likely have to win out the regular season and probably Big East tournament, as well to grab the number one overall.  A loss in the remaining schedule and in the semifinals or finals of the Big East tournament should be good enough for the East region number one.  Just pray that Kentucky loses two or three between now and then.  Villanova fans, I mean. 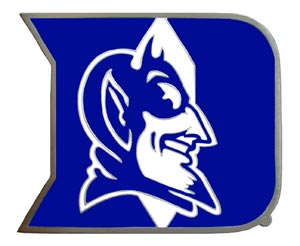 What They Want: Really, I only included Duke here because they are so highly thought of by the ratings indices, which as stated above, has more to do with style of play and efficiency far more than body of work.  In all reality, they would be about a 50-1 shot at the number one overall.  However, they could very feasibly slip in as the fourth one seed, taking the spot of whichever Big East team discussed above doesn't win the Big East tournament.

Current Case: First place in the ACC and top five in all rankings indices.

Work Yet to Be Done: Even ESPN admits that the ACC is down this year, or at least I think so.  It's that obvious, so they must, right?  That said, winning the ACC tournament is a must for Duke to pull off a one seed.  That, and beating Maryland one of the two times they play between now and then and taking the rest of their games against lesser conference competition.  Oh, and the inexplicable non conference matchup with Tulsa, scheduled for February 25.  Did you really mean to accept that friend request, Coack K?

Match what everybody else does or better, and I'll see you in St. Louis.  So, there you have it - it's always best to control your own destiny when trying to make the playoffs, win a division or conference or gain the number one overall seed in the upcoming NCAA tournament.  This year, at this exact moment, the Jayhawks have that luxury.  And, with the two biggest tests (on the road) of their conference schedule in the rearview mirror, you have to feel good about their chances.

It's almost here - it's time to get ready for some March Madness!!