Getting To Know The Mavericks: UT-Arlington At Kansas

Share All sharing options for: Getting To Know The Mavericks: UT-Arlington At Kansas 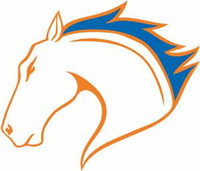 Kansas returns to the Phog for a final three game non conference tune up homestand that kicks off Wednesday night with the Mavericks of Texas-Arlington.

UT-Arlington is a Southland Conference representative and has squared off against another Jayhawk opponent in the North Texas Mean Green.  As most will recall the Jayhawks dispatched of the Green fairly easily by a final score of 90-63.  In the game of who beat who, the Mean Green defeated the Jayhawks upcoming opponent 87-83 just under a month ago.

Besides aforementioned result, two other games would lead to the belief that this one should be a snoozer.  The most recent loss by the Mavericks to a likely bottom tier Big 12 team in Texas Tech and a loss early in the season to a bottom tier Pac 10 team in Oregon State.  Neither game proved particularly competitive and if you plan on ending the Jayhawk win streak in Allen Fieldhouse you need to be able to hang with someone of substance.

The Mavericks are led by 6'5" forward LeMarcus Reed III.  Reed leads the team with 15.5 points per contest and is second on the team with 20 three point field goals.  At just over 27 minutes a game, Reed leads a 10 man rotation in terms of playing time.  The scary part for the Mavericks is that his 4.8 rebounds per game puts him near the top for the team as well.

The next primary scoring threat for UT Arlington is freshman guard Darius Richardson who checks in at 9.4 per game.  Richardson is the primary outside threat for the Mavericks but and finishes second on the team in minutes per game just behind Reed.  If there are two players that figure into the "out of his mind night" conversation, it's going to be Reed and Richardson although neither is a tremendous enough threat on their own to make this a contest.

The Mavericks size comes in the form of 6'10" sophomore center Jordan Reves.  Reves ranks third on the team in scoring at nine per contest and third on the team in rebounds at 4.9 per game.  Reves is efficient inside but has yet to log a breakout game against top level talent.

Rounding out the starters are junior forward Bo Ingram and sophomore guard Cameron Catlett.  As a whole the starting unit is similar to some four guard lineups that the Jayhawks can put on the floor in terms of size so the Morris twins and Thomas Robinson should be expected to have solid contributions.

The Mavericks key sixth man would be 6'6" forward Brandon Edwards.  Despite coming of the bench Edwards leads the team in rebounds as a true freshman and plays bigger than his height indicates.

As mentioned in the intro, the Mavericks don't have much in the way of impressive wins.  Recently the squad is on a four game skid with losses to North Texas, Samford, Louisiana Tech and Texas Tech.  Not exactly a who's who of college basketball.

When your best win on the year might have come against a borderline community college, it just doesn't bode well for a trip to Allen Fieldhouse.

At the end of the day this is a UT Arlington team that is likely beginning a downward trend on the season.  They finished in the bottom half of the Southland a year ago and they've lost bad to a few poor teams already this year.  Chances are, it's more of the same on the way.

I'm looking at those stats just above here and I'm thinking this is a team that doesn't look horrible.  It's making it hard to understand how they've struggled against some of the teams they have this year.

Either way, stats can be deceiving and W's and L's don't lie.  This isn't a good team and should be just what the doctor ordered after another week long hiatus from the basketball court.  Especially with portions of the team stuck on the East coast longer than expected.

Jayhawks win this one easily.  Sounds like Selby makes his first start and I expect this is the game where we get a few "wow" moments in transition or on dribble penetration.  My other prediction; Marcus Morris gets back on track in a big way.  This is the type of team and the type of game where McMorris presents a matchup nightmare.