Kansas Keys To The Game Against Colorado

Share All sharing options for: Kansas Keys To The Game Against Colorado

It's a football Friday in November.  Unfortunately at this point we're pretty much secure in our fate, but it doesn't change the fact that you play to win the game on Saturday.  Just ask Herm Edwards.

Kansas plays Colorado today in a game that interestingly enough neither fanbase is very confident in.  It's the syndrome of "as bad as you are, we're worse!"

Kansas needs something to get a little momentum going.  Last week there was a better showing on the field and this week might represent the last chance to get a win but either way the Jayhawks are looking for something to help build the new.

On the Colorado side it's a swan song of sorts.  Dan Hawkins continues to survive despite the media and fanbase calling for his demise weeks ago.  A loss in Lawrence all but secures that fate.  There are differing opinions on how Kansas can win this one, after this week the keys might not even matter.  But for this one, here are the very real, very realistic and accomplish-able Kansas keys to the game against Colorado.

Give someone else that "Here we go Again" feeling

Dan Hawkins and the Colorado Buffaloes have not won a road game since beating Texas Tech in 2007.  In the last five seasons combined they've won just two games away from Folsom Field.

If there was one team in the conference that might be as fragile as the Jayhawks in terms of their mental psyche entering a game, it might be the Buffaloes.  If Kansas can come out and get ahead early, not many Buffalo fans seem confident that Dan Hawkins can rally the troops on the road.

Hawkins is going to be paying the piper very soon, if Kansas wants to win they need to give an early reminder to the Buffaloes that the day is coming and they might as well just go quietly into the night.

Force it into the hands of Cody Hawkins

Nothing against the guy, he's actually a hell of a teammate an energetic sideline supporter and closing in on the all time passing record at CU.  Still, the fact that he's starting is the best thing that could have happened to Kansas.

The 5'11" 190 pound senior isn't the best at creating with his feet.  Hawkins plays fairly conservative on the field and he's prone to making mistakes under pressure.  Sacks, int's and short yardage dump offs are his specialty.

If the Buffs are able to establish the run and use that to setup the pass then Hawkins can probably do some damage.  If Kansas forces the game into his hands, you probably won't see many confident Buffalo fans.  It's just another piece to a rather difficult puzzle if you're Kansas. 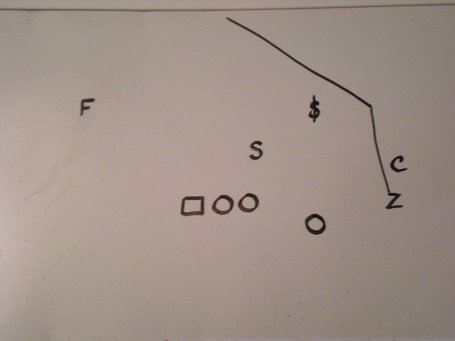 This was a key early in the season and one I think most of us have given up on.  This week though you've got a team that looks to bring pressure, they have solid corners, but serious problems at safety.

Get Tim Biere involved, find Daymond Patterson in space, send a big target like Erick McGriff on a post.  Just find a way to get the ball in between the linebackers and in front of the safeties and it will give Kansas a chance to really open things up.

I'd go ahead and mark this as possibly the most difficult key this week considering the way things have gone, but I just believe it has the potential to provide some big play opportunities.

Want to see me beating a dead horse?  Win the battle for field position.

The Jayhawk special teams would be my own personal mission if I were Turner Gill.  Other schools coach this by committee and in instances where it's of the utmost importance you will find head coaches taking charge.

Right now Aaron Stamn isnt overwhelming anyone with the play of his special teams units, but then again show me an area where Kansas is.  But if I have to say this and say it again until we win again I will.  Kansas has to be good at this one aspect before they can hope to have consistency across the board.

I'm not talking Beamerball, although it would be nice, but I am talking a kicking and returning game that helps more than it hurts.

Want to beat the Buffaloes?  Give them a long field to play from and provide yourself a short one.  Sounds simple, get it done!