Tale of the Tape: Kansas vs Colorado

Share All sharing options for: Tale of the Tape: Kansas vs Colorado

Week after week, it's the same thing.  Good news is that there isn't a large advantage for Colorado, just a consistent advantage.  After the jump, a look at the Big 12 as a whole with these stats and quick test for Owen's Power Rankings.

First, a lazy graph that shows each team's average conference rank in each category.  We know football is about a lot more than stats but the graph shows that the big picture matches pretty well with the on-field results. 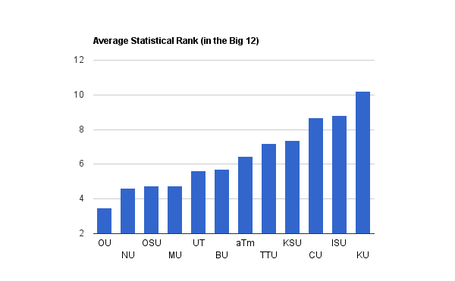 And one last graph, comparing the Big 12 ranks above with Owen's Power Ranking for this week.  Does he show any bias? 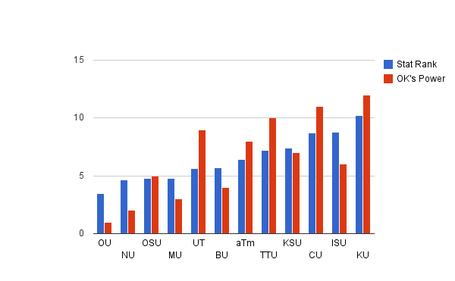 He has mentioned growing up as a Cyclone fan.