Tale of the Tape: Kansas vs Iowa State

Share All sharing options for: Tale of the Tape: Kansas vs Iowa State

Typing "Kansas" into the advantage column that many times is an odd feeling.  Iowa State's an interesting case, statistically they're pretty bad and they've been run off the field a few times by good teams but they did play K-State close and beat Texas.  In my eyes, they're having the kind of season Kansas should be having.

Below you can find the stats for offense and defense side by side, thought it might make comparing the numbers a little easier. 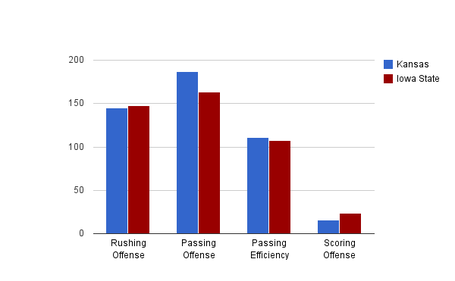 Time for the defenses. 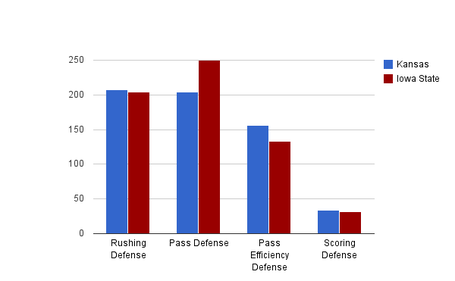 Somehow, even with this comparison...one team is 2-2 in conference play and the other is 0-3.  The one area where a big advantage is held is turnover margin.  Iowa State is actually performing in that category instead of telling their fans they're good and working hard.  I bet that's a cool feeling.