And Now, for your mid morning satire...props to KUGrad for the wonderful photoshop rendition of Tyrady Morningreed.  Plus, I have to give credit to Bill C. from Rock M Nation for coming up with the name for this two headed monster from Monday night.  The Kansas boys showed up in a big way vs. the Tigers and it has led to a new mythical hybrid to go along with the Jayhawk. 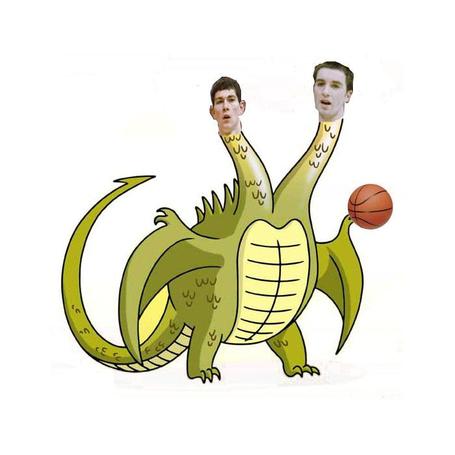 Tyrel Reed, a 6'3" guard from Burlington Kansas.  A small town of just under three thousand.  A coaches son, a home grown talent, but hardly a player who strikes fear into the opponent.  Coaches don't gameplan for him, players don't scheme to stop him.  In fact, not many pay attention to the unassuming Kansan wearing mid calf length socks better suited for a nursing home than the basketball court

Brady Morningstar, the son of a former player and a true hometown product.  A 2005 high school graduate, one year in prep school and another as a redshirt.  Brady checks in at the ripe old age of 24.  He couldn't possibly be worth the trouble at such an ancient age by college basketball standards?  Sure they say he's a good passer and he doesn't make mistakes, but the only reason any opposing fans know his name is due to his off the court error in judgment.

Beyond face value however, what these two provide can only be described as a hybrid of talents that even Voltron would envy.  On a team whose nickname is a mythical cross between two birds, Tyrel Reed and Brady Morningstar combine to create a mythical and deadly force in Tyrady Morningreed.

In Playing the two guard spot for the Jayhawks, Morningreed has done a tremendous job of growing into the role and fulfilling the role in a quiet unassuming manner.  Monday with the hated Tigers in town Morningreed seized the opportunity and elevated things to another level.  A hatred that only two Kansans could truly understand drove one of the best examples of a time where the sum is much greater than the parts.

A combination of players only the state of Kansas could truly appreciate.  In exactly 40 minutes of game time Tyrady Morningreed contributed 23 points on 8 of 13 shooting.  Morningreed would also contribute to the offense with 5 assists while grabbing 3 rebounds on the evening.

The story is brief, the tale is legendary.  Where Tyrady Morningreed goes from here remains to be seen, but today we tell the tale of Morningreed's Big Monday in 2010. 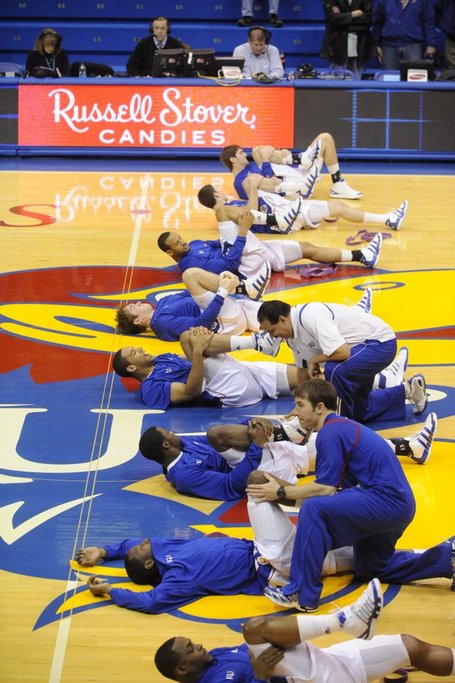 Elijah Johnson: "Hey X, have you seen Brady or Tyrel"

X: "Nope...Coach kept them in the locker room for a talk, something about joining forces for the greater good." 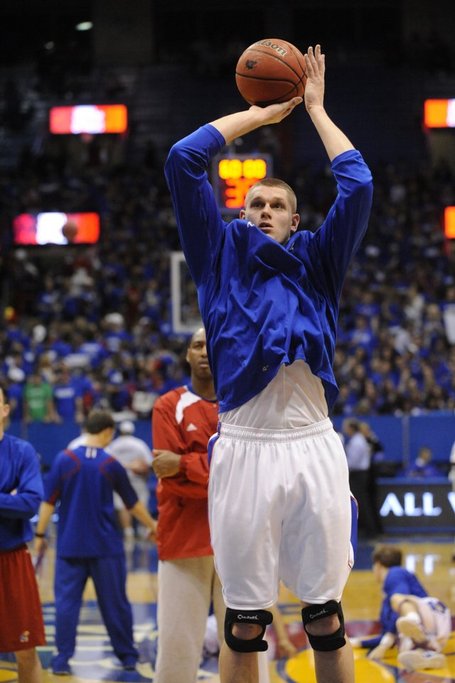 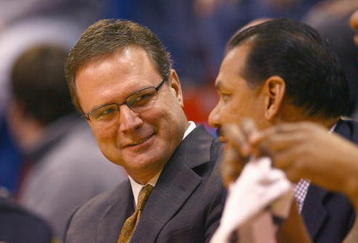 Coach Townsend: "What are you so giddy about, and quit singing the damn Black Eyed Peas crap" 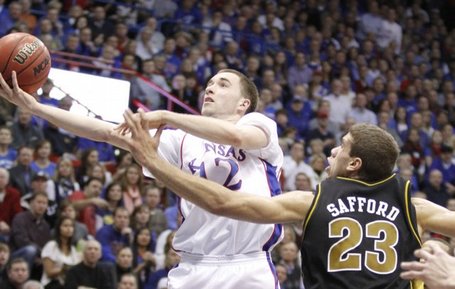 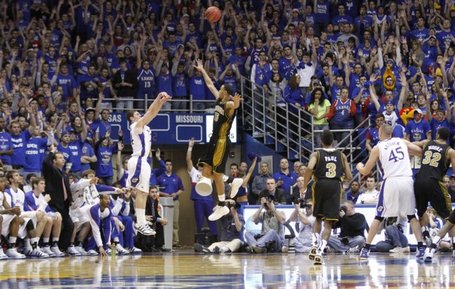 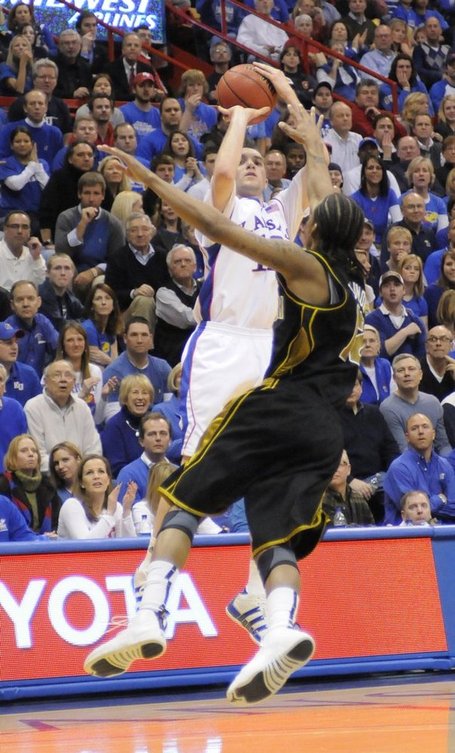 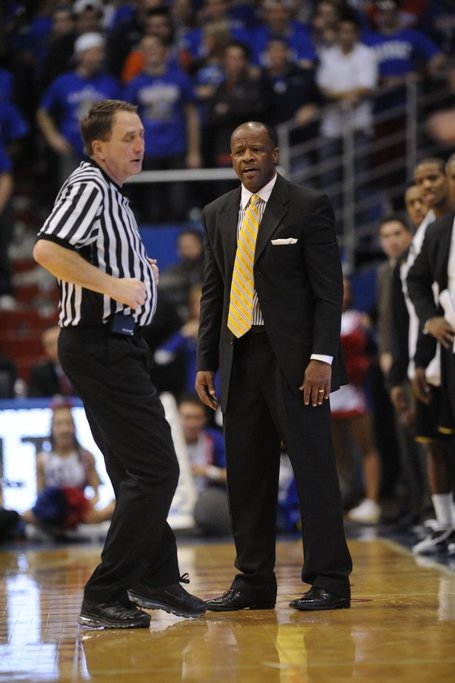 Coach Anderson: "Hey Ref....ref...what the hell is going on out there.  Every year it's the same thing, Kansas foot...meets my teams ass"

Unnamed Referee: "I don't know coach but you might want to tell your guys to guard the two white kids from Kansas, they are making you look like a fool" 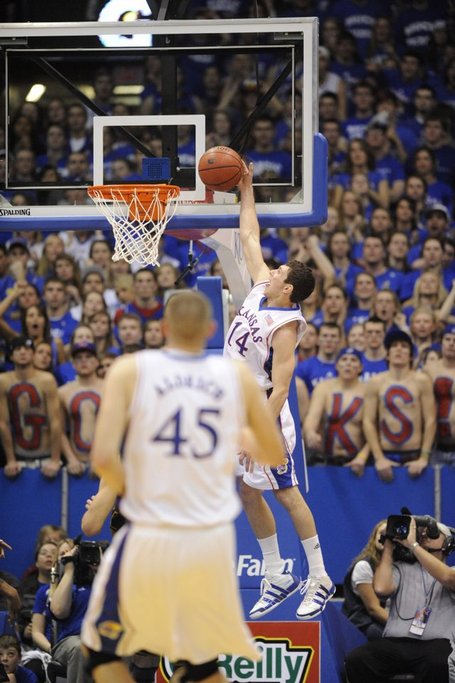 Tyrel Reed: "Oh my god, I sort a dunked it...I am the all powerful Tyrady Morningreed!!!!" 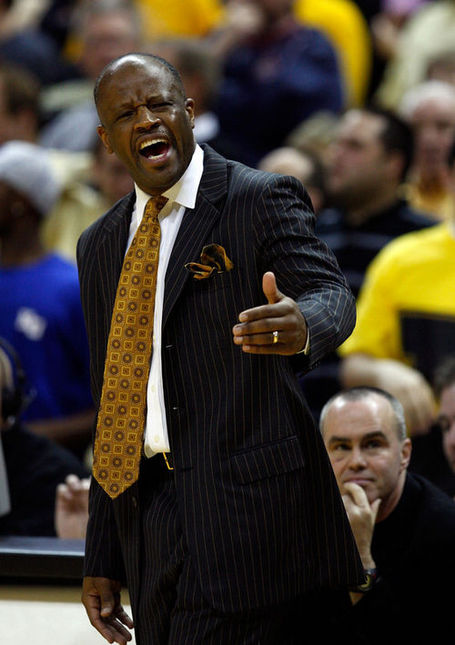 Coach Anderson: "come on man, you can't be serious.  How the hell did he just dunk that on us." 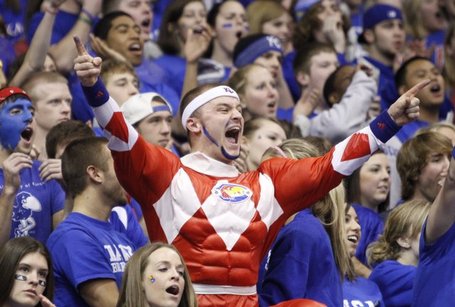 Weirdo Student: "Oh my god!!! Coach Self has unleashed him." 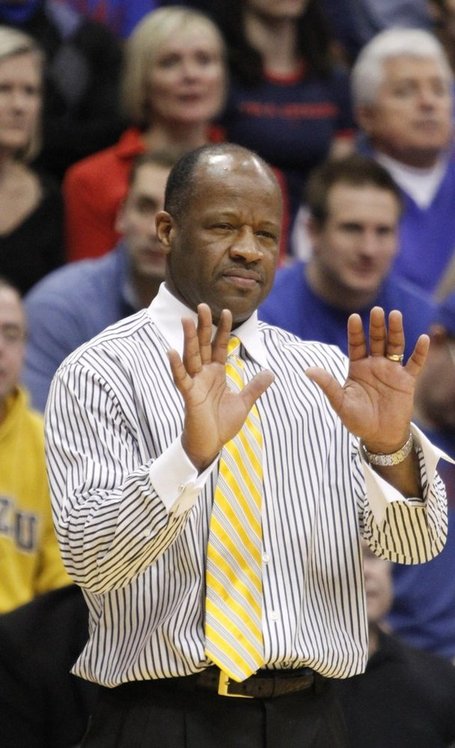 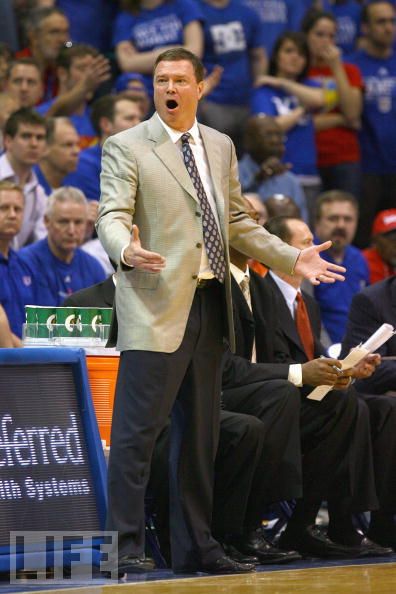 Coach Self: "WHA...??? First of all it's Tyrady Morningreed.  Second of all I'm not done ramming my foot up your teams ass.  Cole DESTROY." 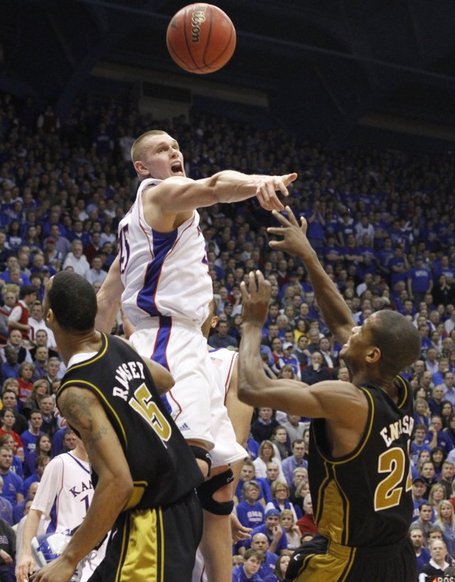 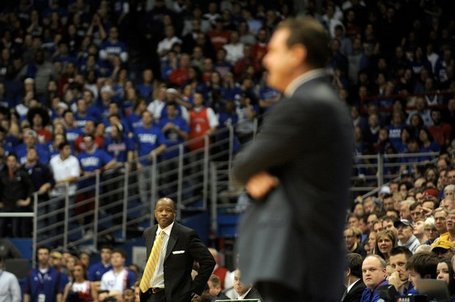 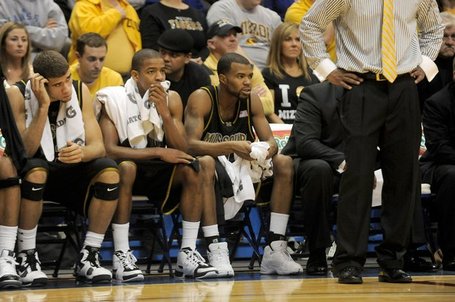 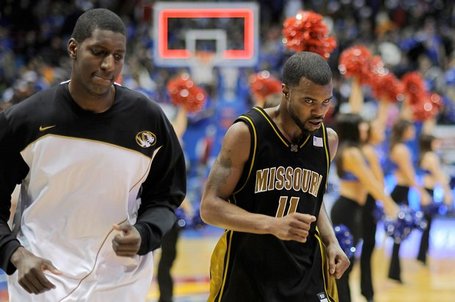 Zaire Taylor: "Don't look it in the eye....it will kill you"

Tyrady Morningreed: "This idea, was way better than the no sleeves idea.  Coach Self is truly the man"