The last 30 years or so of basketball in .gif form.

As a Kansas basketball fan, this is one of the happiest days of the year. The day that the pretty kitties from across the stateline - the Missouri Tigers - come prancing into Allen Fieldhouse. More times than not, (74 percent of the time) they walk right back out of Lawrence, tails tucked between their legs with nothing more than a fat lip and a black eye to show for their efforts. They haven't won in Lawrence in eleven years. It's been a whole complete two years since we have walked out of Mizzou Arena as the victors. But, don't you forget - they went farther in the tournament last year than Kansas, so they are far superior and have a long standing basketball tradition.

Following is a brief montage of some recent photos (as much containing the current roster as possible, but also a couple from a rather talented Kansas team, as well) and a few of the very best, finest videos this rivalry has to offer. But, now I ask you - what are some of your favorite memories of the rivalry? Maybe David Padgett closing down the Hearnes Center with his turnaround jumper with just seconds to go is it for you. Maybe it was Aaron Miles' heroic three pointer as a freshman in Columbia to finish the Tigers off. Or, maybe it's something far older than my lifetime could ever imagine. Also, don't hesitate to share your list of most hated Tigers of all-time, either.

This is Rivalry Day, where anything goes! 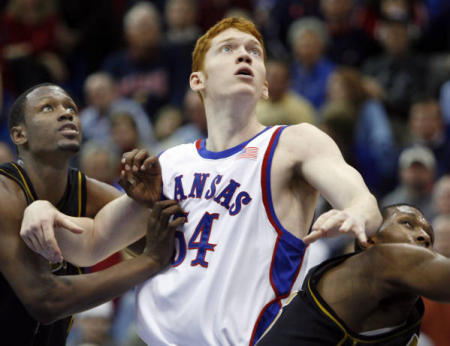 We've got a five-time Big 12 champion who also happens to have a national championship ring, too. Do you? Didn't think so. 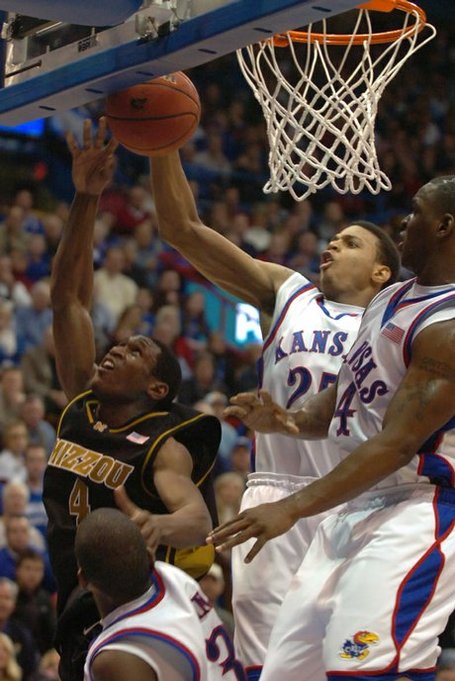 "If you would, please just take that weak stuff and get out." 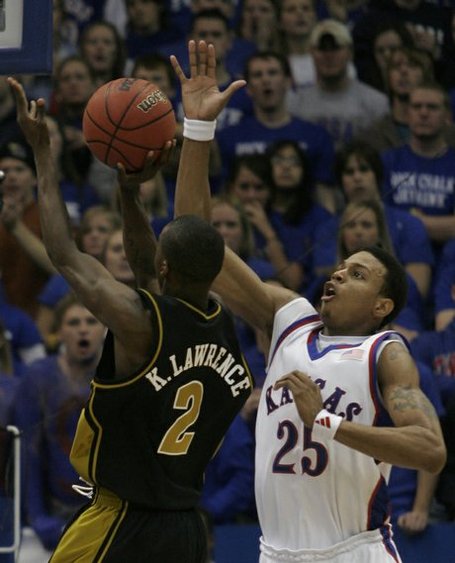 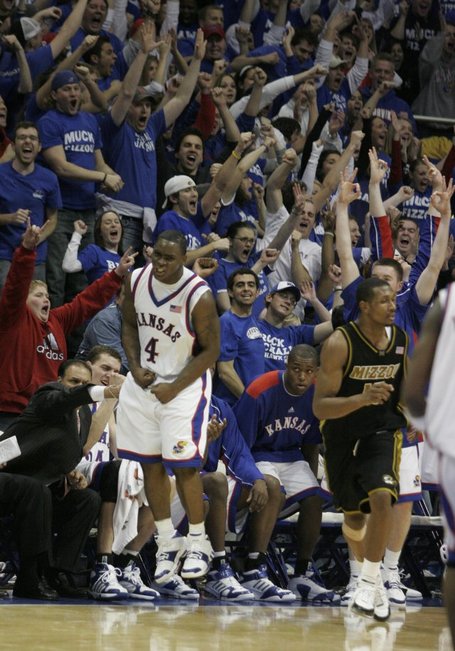 Perhaps it was here that we should have known he was going to be something special. Game-clincher as a freshman from the corner for three.

This one speaks for itself. Greatest Dunk in Kansas History. 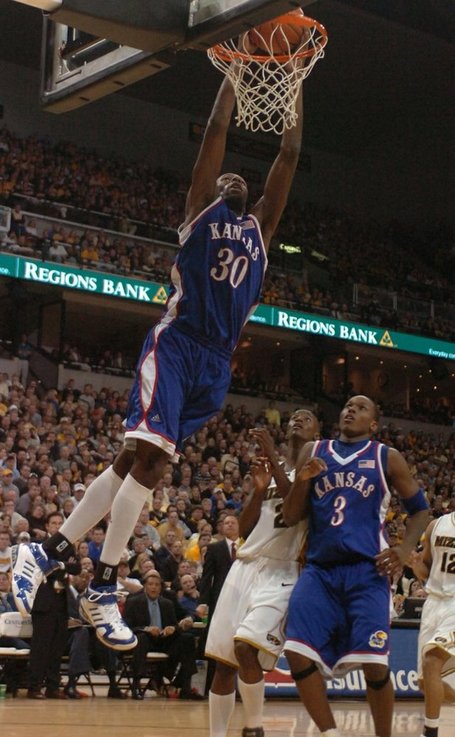 Contrary to the way it may look, he did spend time standing with his feet on the floor in this game. But, only for a quick second. 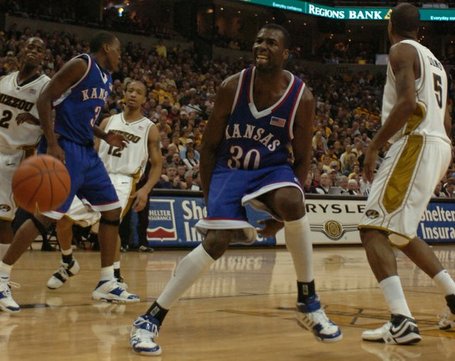 "You wanna talk smack, student section? How you like them apples?" 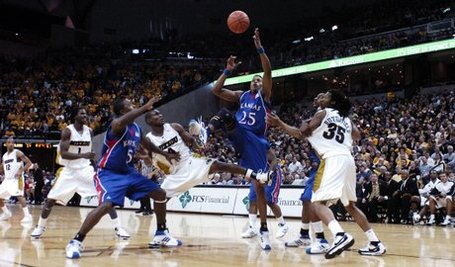 Really, the only way you could stop that man. 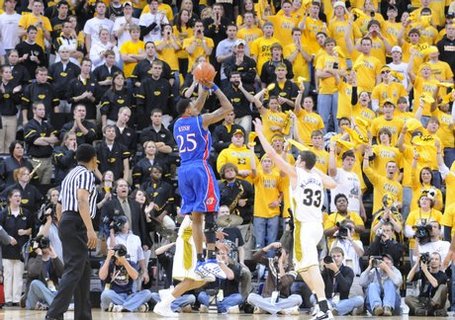 Definitely no stopping that. 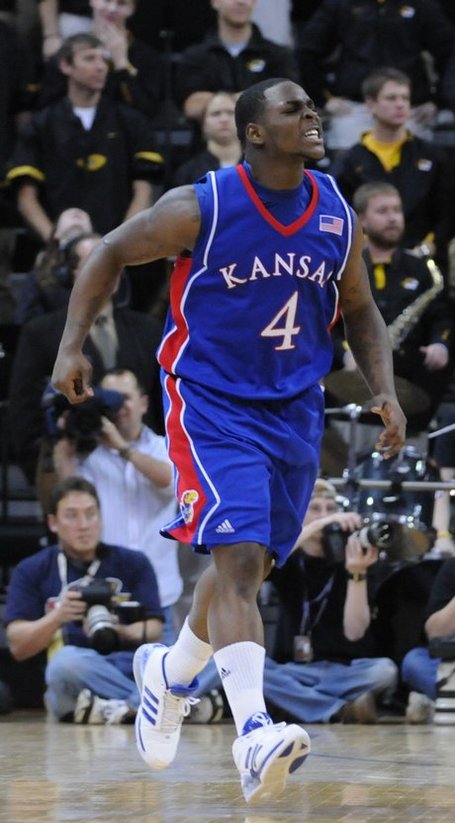 Reoccuring theme? Biggest Tiger Killer of them all? 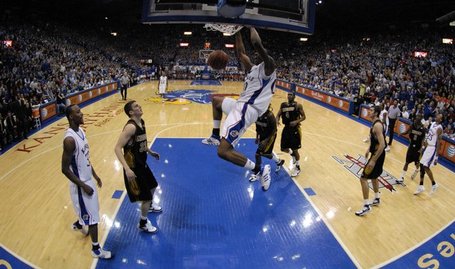 "Hey, Arthur Johnson, you go strong or you don't go at all!" 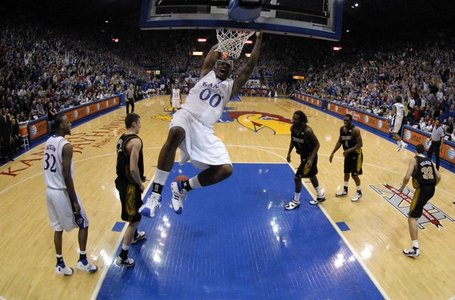 "Just in case you missed it the first time." 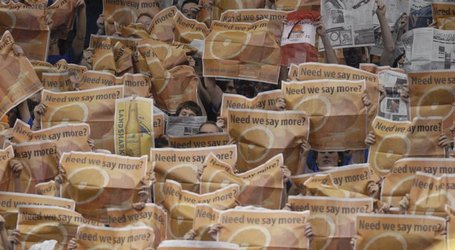 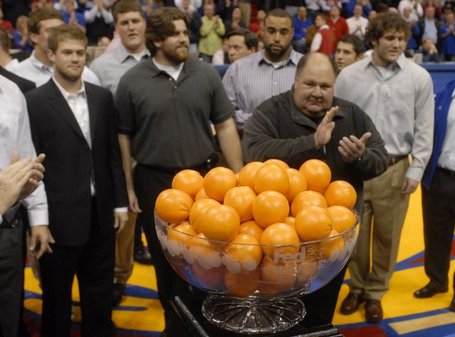 "It was nice of you to provide us a bit of practice today. Now, please kindly get out." 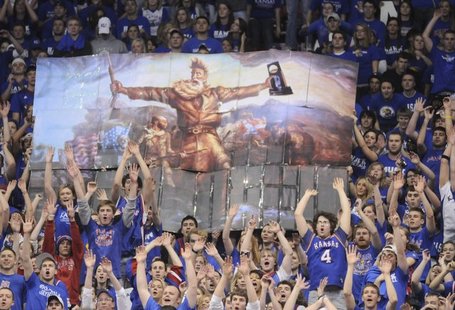 "You stood no chance 150 years ago; you stand no chance today, slavers." 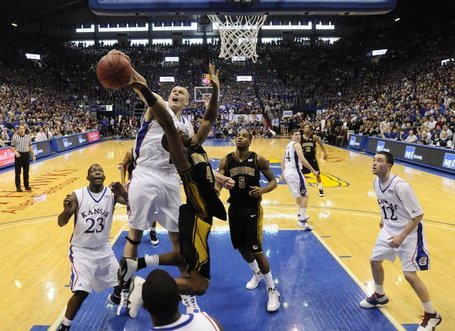 "Seriously? You thought you could bring that weak stuff in here? Have you seen my Warden's +/- rating?" 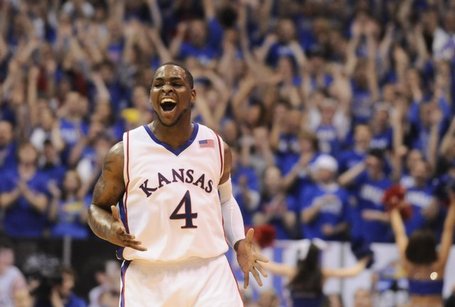 Can you possibly have anymore fun than him? 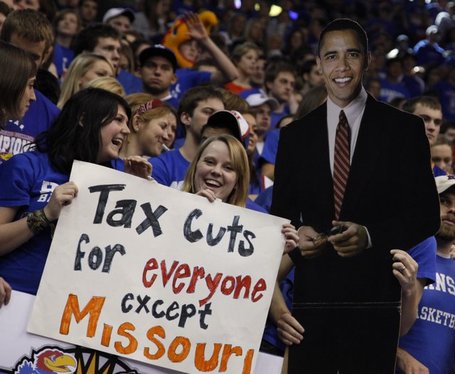 Even President Obama hates you. Not that there's any reason for him not to.

Possibly my new favorite Quinn moment. "The eeeeeyyyyeeeee of the tiiiiiiger." It takes a special man to do that.

Every year I watch this special, special video of the highest of highs for Missouri Athletics when they are bounced from the tournament (assuming they make it, of course.) Some prefer the real "One Shining Moment" at the conclusion of the tournament, but not I. This one will always hold a special place in my heart.

And, just in case you aren't pumped for gametime right now, the scene from inside Allen Fieldhouse last year, March 1, 2009 - Revenge Day:

Official Video Description: This is the pre-game intro just before KU gave MU's head back to them on a platter. 90 to 65 was the final score.

I think it might be a little jacked up inside the Fieldhouse again tonight, too.

And, last but not least, the truth hurts, Missouri:

You see what happened there? Because, you know, you don't have any Final Four appearances. And, we have 13.