Get to Know the Coaching Staff: J.B. Grimes

Share All sharing options for: Get to Know the Coaching Staff: J.B. Grimes

When building a football program many believe it is something that should be done starting from the inside out.  What that means of course is the big men up front.  Building a strong foundation with the offensive line leads to success in other areas.  Open holes for the running backs, give the quarterback time and it's hard for an offense to fail. 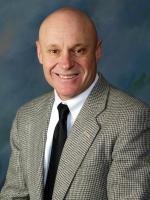 Kansas certainly returns a strong group on the offensive line and a group that is still fairly young.  Tanner Hawkinson will anchor the left tackle spot for at least two more seasons after earning several freshman All America mentions this year.  Jeremiah Hatch is the man in the middle who two seasons ago earned similar honors while playing out of position.  Brad Thorson will likely return to the offensive line in some capacity as he enters his senior year of eligibility.  Throw in Jeff Spikes, Sal Capra and Trevor Marrongelli and you have six playes who have seen meaninful minutes from a year ago.  That doesn't even include Duane Zlatnik(G), Darius Parish(T)??, Riley Spencer(T) and a potential move back to the offensive side by Big John Williams.  All in all the big men up front are young, large and ready to be molded into a solid group.

Enter in J.B. Grimes the new Kansas offensive line coach who comes to Kansas along with Carl Torbush from the Mississippi State Bulldogs. Grimes brings with him over 20 years of experience coaching and recruiting offensive lineman at major college programs.  Furthermore his resume has a nice list of schools during his coaching career.  On to our latest "Get to Know" with a look inside the career of J.B. Grimes.

J.B. Grimes is a native of Memphis Tennessee and his first and most important test as the Kansas offensive line coach will be testing out the barbeque selection in the Kansas City area.  Memphis likes to claim BBQ fame, but hopefully Grimes will find Kansas City is equally impressive as most of us already know.

Moving on to Grimes the football player, he began his career as a four year letterwinner and guard with Henderson State in Arkansas where he spent much of his young life.  Grimes college teams put together a 40-6 record over his four years before graduating in 1977 with a bachelors in education.  Grimes would start his coaching career at Northeast Louisiana where he would work toward his masters.  Grimes in total would spend two stretches at Northeast Louisiana from '78-'80 and again from '85-88.

In '81 and '82 Grimes would serve under Lou Holtz at the University of Arkansas and in '83 and '84 he would spend one year stretches at Delta State and...wait for it...wait for it...Missouri?

Following that second stretch with Northeast Louisiana Grimes would begin his career in the upper levels of college football when he was hired as the offensive line coach at the University of Arkansas from 89-92.  Grimes would be a part of a 10-2 Arkansas team that would win the Southwest Conference Championship.

After three years at Arkansas, Grimes would join Frank Beamer and the Virginia Tech Hokies as they built that progrma into a consistent winner.  As the offensive line coach Grimes helped the Hokies to a composite 44-16 overall record. Grimes helped lead Virginia Tech to season-ending berths in the ‘93 Independence Bowl, the ‘94 and ‘98 Gator Bowls, the ‘95 Sugar Bowl, and the ‘96 Orange Bowl. The 1995 and ‘96 teams won back-to-back Big East championships.

At the beginning of the '98 season Grimes would move on to the Big 12 and join RC Slocum with the Texas A&M Aggies.  Again Grimes would lead the offensive line and from 1998-2002 A&M posted a 40-22 overall record. Those teams ended their seasons in the 1999 Sugar Bowl as champions of the Big XII, the ‘99 Alamo Bowl, the 2000 Independence Bowl, and the ‘01 GalleryFurniture.com Bowl.

Following 2002 Grimes would move on to East Carolina as an assistant head coach still in charge of the offensive line.  Under Grimes, the Pirates' offensive line paved the way for its third straight 1,000-yard rusher. After ECU's running game struggled early in the season, the Pirates averaged 161 yards rushing per game in the last seven contests.

His time with East Carolina would be short lived however as Coach Grimes would make the jump back to the BCS when he would join Mississippi State in 2004.  In just his first season with the Bulldog offensive linemen, Mississippi State rushed for 1,744 yards, the most at the school in four years. Under his guidance, offensive tackle David Stewart was selected in the fourth round by the Tennessee Titans in the 2005 National Football League draft.

This year obviously Grimes will join his former colleague Carl Torbush in Lawrence Kansas.  Grimes recruiting area of expertise will likely be in the southeast where he has spent much of his career.  As an offensive line coach it's sometimes hard to measure the quality of a hire due to the fact that the glitz of big numbers are indirectly related to the group.  The biggest thing that stands out on the Grimes resume is the programs he's been with and the success while he was with them.  Because, quite frankly, regardless of who you are, it's hard for any team to win when the offensive line is playing poorly.

One last item of note.  Our current offensive line coach is a published author of a few books on the position he coaches.  No big deal, but a side note of interest.