It has arrived, championship Sunday for RCT football league.  17 weeks of blood, sweat and tears culminates this weekend.  Many have entered, few have won and even fewer still have their dignity.

Who will win the coveted prize of champion? who will win the distinguished honor of mediocrity and who...who, who, who will lay claim to the greatest of great honors with a toilet bowl championship. 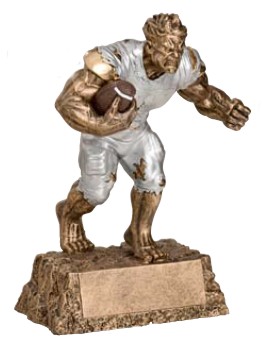 In the Championship bracket no major surprise in the fact that the Tosche Station Power Converters have coasted into the final after rampaging through the league like a buzzsaw.  Bensa has proven week in and week out that his team and his managing abilities are second to none.

However, his opponent is an interesting one in an upstart six seed the Crybaby Cutlers.  After squeeking into the playoffs and coming out of the worst division in the league the Cutlers have upset two opponenets and look to complete the trifecta with a win over the Power Converters.  Make no mistake, this would be one of the biggest upsets in the nonexistent history of the RCT Football Playoffs.

In the consolation bracket the top two seeds played the part and will sqaure off in the final.  The only problem is that only one is active.  Yep that's right, Percy and the Smoke a thon beat me.  Sadly, I even set the roster that would eventually lead to my demise.  Now however, I will lay claim to the horses ass trophy should the Smoke a Thon upset KC and Basketball school.  Pretty clear that whoever wins this one is well deserving of the trophy. 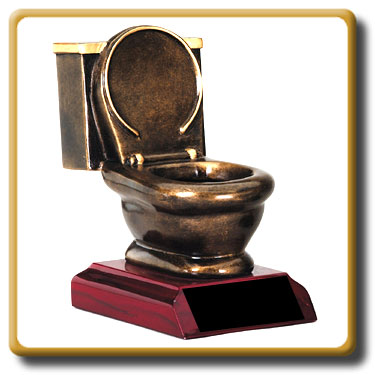 In the Toilet Bowl Championship we again have the top two seeds advancing.  New KU Happy Hour squares off against the deadheads for the honor of being the best of the worst.  Noticed neither of these guys has logged in for awhile.  Clearly they must not appreciate the prestige and valor that goes with the toilet bowl championship.