After the jump, the full game story in pictures. 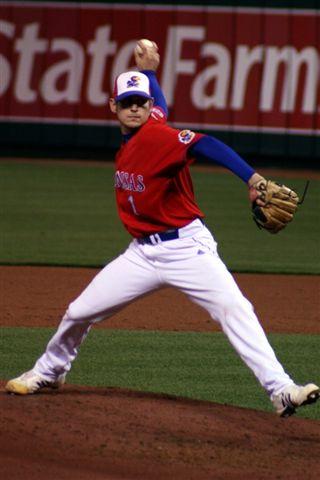 Brett Bollman gave the Jayhawks another strong start, going 5.1 innings, giving up 3 hits, 2 walks and 3 runs (2 earned) while striking out one.  Bollman left with KU trailing 2-1 and did not figure in the decision. 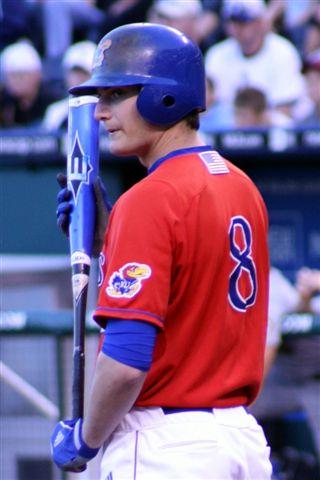 The KU offense was stymied by the Tigers through the first five innings.  Tony Thompson was frustrated all night.  The KU 3rd baseman ended the day 0-3 with two strikeouts.  The only time he got on base was after being hit by a pitch.  Thompson was one of four Jayhawks hit last night.  Thompson took a slow walk to first base after taking one for the team in the fourth inning. 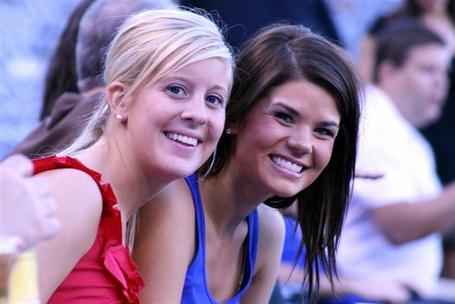 4,102 fans showed up for the game.  I'd guess the crowd was about 60-40 pro-KU.  Kauffman Stadium allows fans to get up very close to the action and the crowd stayed involved in the game through all 27 outs.  It was a perfect night for baseball, mid-70's and sunny at first pitch, giving way to a cool evening. 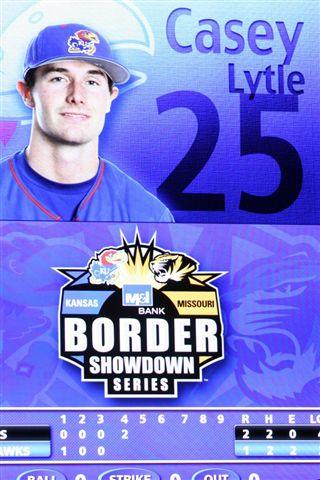 For the players one of the nice parts of playing in the major league park is seeing themselves on the K's scoreboard. 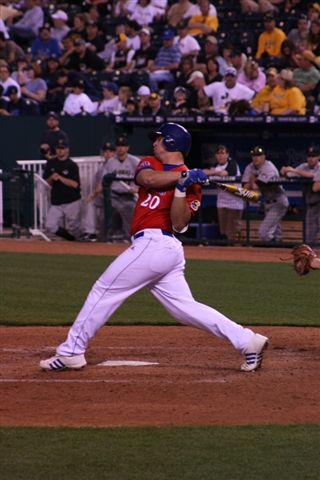 KU Senior First Baseman Preston Land settled the game with a sixth inning three run home run.  The shot put KU up 5-3, a lead the Jayhawks would not surrender.  For Land it was his third homerun of the week after going the first nine weeks of the season without a longball. 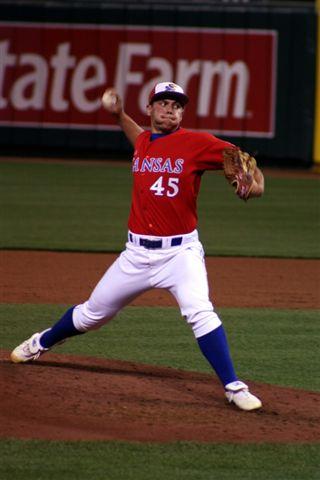 Freshman relief pitcher Colton Murray (2-1) got the win last night.  Murray allowed the runner he inherited to score but retired four of the five batters he faced.  Murray has a 3.08 ERA in 21 appearences. 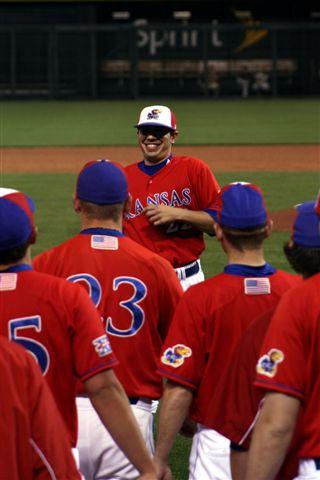 Travis Blankenship picked up where Murray left off.  The only baserunner to get aboard versus Blankenship last night reached via error.  Blankenship handed off a 7-3 lead one out into the ninth to Brett Bochy who finished the game striking out MU second baseman Austin Holt looking. 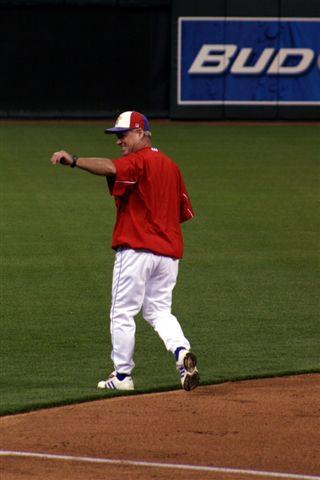 Coach Price was happy with the team's play last night but stressed areas which still need improvement in the post-game interviews ""I think it shows that we’ve got good players. We’ve got really good players at the top of the order; the first three guys are really special and now we’re starting to get some contribution at the bottom of the lineup. My only disappointment of the game was that we were sloppy defensively. That’s something we haven’t been doing, we’ve been playing very well defensively. And that infield is perfect – you can’t blame any of those errors on that infield. I think it was a little bit of nerves." 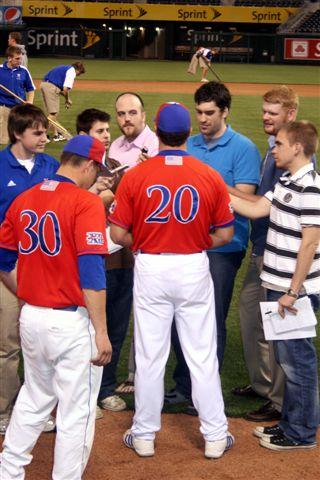 Preston Land got the Lion's share of attention post-game.  Land's recent hot streak is writing a very satisfying ending to the story of his four years at Kansas.