Get to Know Your Rival; Kansas State

Share All sharing options for: Get to Know Your Rival; Kansas State 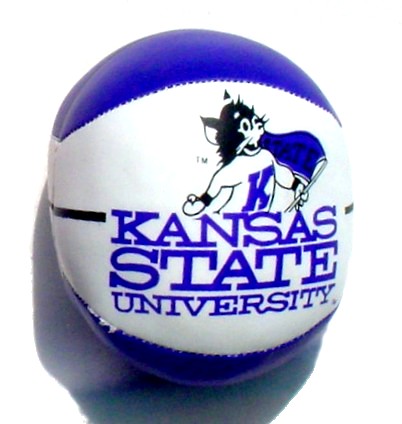 Well last year for the first time in a long time Kansas State had some serious name recognition associated with their team.  Sure there were the days of Pervis Pasco, Larry Reid or even Manny Dies, but not since Mitch Richmond have Kansas fans had as much reason to know much about our rivals to the west as we did last year.  Michael Beasley and Bill Walker are now gone, so what remains, and what can we look for going into the matcup Tuesday with the Wildcats?

Kansas State breakdown after the jump...

It's well documented that the Jayhawks are young and new.  A near 80% turnover in every statistical category has led to the current rebuilding project we're all a witness to night in and night out.  The state of Kansas produced 7 NBA draft picks last year.  5 out of the University of Kansas, 2 out of Kansas State.  What remains is either the continuation of a rivalry resurrected or the beginning of another period controlled by the Jayhawks.  Beasley and Walker put them back on the map and now Frank Martin and his current squad have to keep them there.

Jacob Pullen, Dominique Sutton and Denis Clemente are all players that come into the season with expectations to lead.  Pullen was a solid compliment to the talent last year and has picked up some of the slack this year so far averaging over 14 points per game.  Clemente after missing all of 2007 returns as one of the more experienced players on the team and has contributed accordingly through the non-conference schedule checking in as the teams 2nd leading scorer and assist man in 2008.  Sutton was a high profile recruit that arrived with Beasley so while he went relatively undetected he is expected to be a key contributor and so far has played good but not great for Frank Martin.

Beyond those three, several others have stepped up early this year but are also considered question marks when looking at how well the season will go in Manhattan.  Jamar Samuels a 6'7" redshirt freshman has shown flashes of great play against some of Kansas State's opponents including solid games against both Iowa and Oregon in losing efforts.  Darren Kent is the Wildcats lone contributing senior and leads the team in rebounding with just over 6 per game.

Overall as young as the season is and as many question marks as these two teams have, it's tough to get a good read.  Kansas State lacks a true marquee win and with close losses to Kentucky and Iowa at home along with a 5 point loss to Oregon on the road appears to be in a similar spot, possibly even a tougher one than the Jayhawks.  No one can fault them for the loss to OU the likely favorite in the Big 12 this year, but without a real strong win to speak of I think this K-State team will go through a fair amount of growing pains in conference and show the same inconsistencies we've seen from our own Jayhawks.

Check out Bring on the Cats for addional info on the team and I would expect maybe the guys over there might drop in and give me a little insight into how wrong I really am here...they really seem to hate us.  Looking forward to this one myself and I'll have a preview up late tonight or early tomorrow.