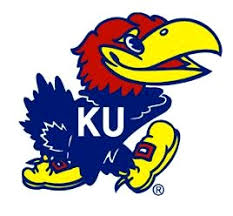 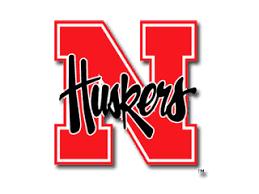 Kansas Jayhawks (24-16) vs. Nebraska (26-6)
Kansas Baseball has a tough weekend in store for them.  Nebraska has been the biggest surprise in the Big-12 this year.  The Huskers have put together a great season.  At 11-3-1 they stand one-half game out of first place.  They are ranked #13 in the RPI, and Baseball America has them at #9.  Nebraska's six losses have all been to very good teams, two at Stanford, two at Oklahoma State and one each to Arkansas and Texas.  This does not bode well for the Jayhawks - The Huskers win at home, beat the teams they are supposed to beat, and have never stumbled in 2008.  Coming into 2008 I expected Nebraska to be one of the weaker teams in the conference.  Shows how much I know.  Kansas is playing great baseball right now but will be hard pressed in Lincoln.  Winning one of the three will have to be considered a perfectly respectable performance.  If KU is going to maintain its standing as one of the top eight teams in the conference avoiding a sweep will be the top priority.

Media: KLWN AM-1320 will broadcast all three games live.  For those outside the Lawrence area steaming audio will be available through this site.  Sunday's game will be telecast on CBS College Sports (Sunflower Cable channel 143) on tape delay at 6:30PM.

You may have noticed, Nebraska has some good starting pitching.  No, strike that, Nebraska has a horrifying weekend rotation.  Dorn is looking very All-American.  Weber would be the ace on about 95% of other NCAA teams.  Pribanic has already pitched two complete games this year, including a shutout.  In terms of starting pitching this year, NU has an embarrassment of riches.

Nebraska's offense is really pretty average.  The Huskers are hitting .282/.372/.404 on the year and scoring 6.6 runs per game.  The low power is partially off-set with a plus running game (49 of 65 stolen bases) but in the big picture, KU has a slight edge here.  The Huskers have five regulars hitting over .300 but no true stars.  Nick Sullivan and Jake Opitz share the team lead in RBI's at 26.  Mitch Abeitz has six homeruns.  No other Husker has hit more than three.  A strong performance by any KU starter could shut down this offense.

NU is allowing 4.0 runs per game, which is phenomenal in the NCAA.  The low run production of opponents is almost entirely due to Nebraska pitching.  The Huskers defense is a bit below average.

How can KU win a game or two this weekend?  The Hawks cannot count on getting into a shootout.  They need the great starting pitching seen last weekend vs. Texas Tech again this weekend, plus they need to put balls in play.  I can't see swinging for the fences as the best approach when facing pitchers of this caliber.  Make contact, test the Nebraska defense, force their starters to throw pitches by working counts, get into their bullpen.  Nebraska's relief corp looks good (not great) on paper, but only one reliever has accumulated more than 15 innings this year.  Their most commonly called upon arms look much more vulnerable then do their starters: Zach Herr (15.1 Innings, 3.52 ERA), Erik Anderson (10 innings, 3.60 ERA), Mike Nesseth (14 innings, 5.14 ERA) and Erik Bird (17.1 Innings, 5.19 ERA).

Corn Nation, RCT's Nebraska sister blog, always provides great baseball coverage.  I'm sure there will be some banter to be found there over the weekend.  Nebraska baseball has a great following and the fans up North are pretty pumped about how this season is playing out.  Hopefully the Hawks will show their best stuff this weekend and take their pound of flesh before leaving Lincoln.