Big thanks to bkmhoxx for putting together this preview of the Music City Classic.  KU's baseball team will be in Nashville this weekend to face Vanderbilt, Xavier and Iowa. Gametime on Friday vs. Vanderbilt is 4PM CST, and noon on Saturday and Sunday.

KU baseball fans can follow the games through a free audio web-cast.  Tom Hedrick has made the trip.  If you haven't heard Tom call a game yet he does an outstanding job. Listening to him is like sitting in the bleachers with your favorite uncle.  To access the webcast just click here and look to the left sidebar.  Apparently CSTV will also be providing a free internet live video broadcast of the Vanderbilt game.  I have never used the service and have no more details to pass on but if you want to look into this here is a link.

Of course check the comments section throughout the weekend for updates and scores. 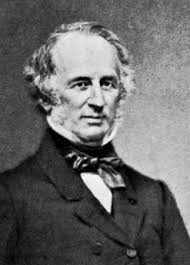 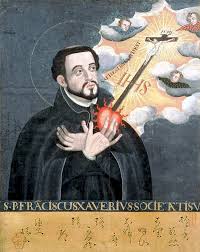 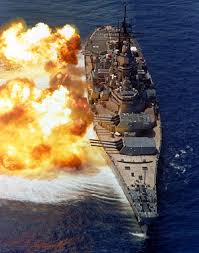 Kansas heads into the Music City Classic in Nashville TN, this weekend.  KU begins play this afternoon against #7 Vanderbilt at 4pm.  When the schedule came out I circled this game and was begging for an angel to drop some tickets and airfare on my desk so I could get to this one. Vanderbilt is LOADED with talent that will be playing at the next level and more than likely a few of them will be major league regulars or possibly even all-star caliber players.

I do have to say that the Jayhawks caught a HUGE break (no pun intended).  Pedro Alvarez, the 3b for Vandy is out 6 weeks with a broken hand. Alvarez is a 2-time 1st team All-American and probably will be the first player taken in the MLB draft this summer. He is a very special player with an awesome bat, great power and good defense. He is ready for the big leagues right now. He hit .386 with 18HR and 68RBI last year. So Alvarez being out will help KU pitching a lot.

Even with Alvarez being out, Vandy still has 2 more All-American position players that have major league bats.  Dominic De La Osa is a senior OFer who hit .378 with 20HR and 62RBI along with 20SB last year. He is also on the verge of major league ready and will be a very tough out for the Jayhawks. De La Osa is also a 1st team All-American.  Ryan Flaherty is a junior SS who batted .381 with 4HR, 62RBI and 20SB last season. He too will be an early draft pick and an extremely tough out for KU pitching. Flaherty is a 2nd team All-American.  The Commodores also have many other nice bats in their lineup that will be drafted in later rounds but the big 3 are quite amazing.

As for the pitching, well KU will get a very unlucky draw this afternoon. Vanderbilt lost several great pitchers last year (David Price was the first pick in the draft and Casey Weathers was a first rounder as well) BUT the Jayhawks draw a sophomore lefty in Mike Minor. Minor is a stud and will be a very high draft pick as well. In his first game this year (last Friday) he beat the defending National Champs of Oregon State and recorded 6 strikeouts with a 1.50 ERA. The way the Jayhawks are swinging the bats right now, I would expect double digit strikeouts for Minor this afternoon. Minor was 9-1 with a 3.09 ERA last year as a freshman. He is a solid strikeout leftie and IF you can get on base, beware as he has a very strong pickoff move. IF the Jayhawks could somehow get to the bullpen, that is where Vanderbilt has some holes. They have some very talented freshmen ready to step in but nothing very proven. Brett Jacobsen is the closer and had a 3.15 ERA with only 58 strikeouts in 74 1/3 innings pitched last year, so he is a nice closer but nothing of dominance.  Nick Czyz will be starting for KU today and will be looking to bounce back from his rough outing in Hawaii. He will need a good effort to keep the Jayhawks in this game. I have a bad feeling about this game but you never know as KU has never lost to Vanderbilt (3-0). I predict a score of 8-1 with Vanderbilt coming out on top.

The rest of the weekend will be much more manageable however. Saturday at Noon, KU will play Xavier (1-2). Xavier is a decent team but should be a team that KU can beat. The Musketeers have senior outfielder Robbie Kelley who is off to a hot start at 5-10 with a HR and 5 runs scored. Along with Kelley is sophomore 1B Zac Richard who is batting .462 with a HR and 6RBI. I don't know much about the Xavier team other than they are very scrappy and play hard but I don't think the Jayhawks should lose this one (I said the same about Hawaii-Hilo).  Pitching for Xavier will be Michael Lewis who had a very rough first game against Fairfield and gave up 7ER in 3 2/3 innings. He has a 17.18 ERA thus far on the young season. On the mound for KU will be Schaeffer Hall who has great stuff but he struggled in Hawaii. I'd expect for KU to win this one by several runs. I predict a score of 8-2 with KU on top.

On Sunday at Noon the Jayhawks will face the Iowa Hawkeyes (1-2). Iowa is another team that isn't that strong on either side of the ball but like Xavier are also a very scrappy and hard-working team. They have centerfielder Caleb Curry who is off to a very hot start, batting .692 with 5RBI and is 5-5 stealing basses thus far. Shortstop Kevin Hoef is probably the best bat. He hit .300 last year with 15SB. I'd expect the Hawkeyes to be aggressive on the basepaths and with the bats. Pitching for Iowa will be Steve Turnbull who is a 6'3" right handed power pitcher who struggled in his first outing against Notre Dame. He pitched 3 innings giving up 7 runs. He is however a strikeout pitcher as he had 44 last year but he also had a 5.15 ERA so I'm guessing he may have trouble with his command. The way the Jayhawks are hacking right now, may fall right into his strengths but that will remain to be seen. Going for KU will be Sam Freeman who did very well in his first start out in Hawaii. I'd expect Freeman to do well in this game too. Iowa does have a future professional player in Freshman pitcher Zach Kenyon. He was drafted in the 9th round by the Royals and declined the Royals to attend college. The Jayhawks won't have to face him however. My prediction on this game is a close one with KU winning 4-3.